This investment will expand the Group’s research & innovation capabilities in the United States to support customers in the electric vehicle, renewable energy and aerospace industries. 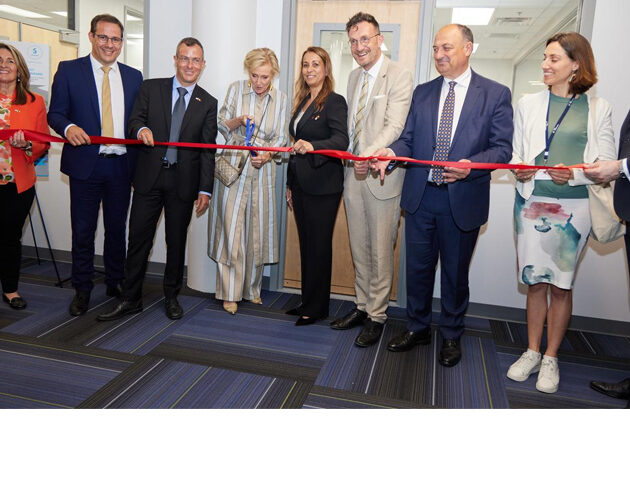 Solvay officially opened its New Applications Development Lab and 3D printing technology line in June, the latest investment in Solvay’s Research & Innovation Center in Alpharetta, Ga. The center is part of the global headquarters of the company’s Materials business, which provides solutions that enable the future of electric vehicles, the hydrogen economy, aerospace and other advancements that support a more sustainable society.

In the last four years, Solvay has invested more than $30 million in the Alpharetta site, including in the new lab, which represents an important contribution to the company’s continued focus on customer collaboration to support the North America region. It will serve as a workshop for Solvay and its customers to develop advanced prototyping, virtual engineering validation, special testing, and secondary operations activities. By inviting its customers to engage in real-time with Solvay’s versatile engineering teams, they can co-create innovative creative solutions much more efficiently than before.

Solvay’s Alpharetta site was the first stop of a seven-day Belgian Economic Mission to visit and recognize Belgian companies that are growing in the U.S. The mission is led by Her Royal Highness Princess Astrid of Belgium, Representative of His Majesty the King. The Solvay event was also attended by Belgian Ministers, high-ranking Belgian officials, Deputy Commissioner of the Georgia Department of Economic Development Abby Turano, Solvay leadership and employees, and other guests. It included a ribbon cutting and tour of the new lab as well as the decoration of Mike Finelli, President, Group Growth Initiatives and Chief North America Officer at Solvay, for services rendered to Solvay and to Belgium in its development in the US.

“All of us at Solvay were honored to host HRH Princess Astrid, Deputy Commissioner Turano, and members of the Belgian Economic Mission to celebrate the opening of the New Applications Development Lab. This state-of-the-art facility offers the perfect space for our scientists to partner with our customers to develop tailor-made solutions to meet their unique needs,” said Solvay CEO Ilham Kadri. “This is the latest example of Solvay’s growing presence in the US and our continued investment in innovation to enable the future of electric vehicles, the hydrogen economy, aerospace and other advancements that support a more sustainable society.”

“Solvay’s New Applications Development Lab is a prime example of the innovative solutions made possible by a strong business partnership between Belgium and the United States,” said Minister in charge of Trade, Mr. David Clarinval. “Through this mission, we want to celebrate Belgian industry leaders, like Solvay, which are thriving in the U.S. and are investing in innovation and cutting-edge technologies. It will also reinforce Belgium’s strong links with the State of Georgia and will contribute to the already strong economic relation between our two countries. Not only is the US the number one export destination outside the EU for Belgium, it is also the largest foreign investor back home.”

“As Georgia continues to lead the U.S. in supporting the transition to e-mobility, we are pleased to congratulate Solvay on the opening of their New Applications Development Lab. We are not only proud of Solvay’s Belgian roots, but also celebrate that this company is one of many Belgian investments that continues to reinvest and grow in Georgia,” said Georgia Department of Economic Development Commissioner Pat Wilson. “We also thank Her Royal Highness Princess Astrid of Belgium for bringing the Belgian Economic Mission to our state. The economic and cultural relationships between Georgia and Belgium are strong, and this delegation visit will further strengthen our ties.”

Other members of the Belgian Economic Mission who attended the event were: