Builder Nemesis Yachts debuted with their groundbreaking 332 feet (101 meters) futuristic hydrofoil catamaran design. The ‘Nemesis One’ will be a fast luxury foiling yacht, able to break the 50 knots speed barrier, while flying on computer controlled hydrofoils.

Contrary to being a stripped out racing vessel, the all carbon fiber Nemesis One boasts futuristic, yet comfortable interiors. Powered by VPLP Design’s patented ‘OCEANWINGS’ wing sail, the high-tech superyacht resembles more of a stealth fighter jet, than a conventional sailing yacht.

The excessive speeds the sailing yacht will be capable of under sail, required the Nemesis team to completely abandoned the classic operating concept of: ‘Pulling lines and handling sails’.

To further minimize crew requirements, they’ve implemented state of the art hydraulic and electric controls throughout the design. Replacing bulky winches in the size of a car’s tire and line cluttered cockpits, commonly conceived when thinking of large sailing yachts.

One of the design’s cornerstones is the fully autonomous VPLP Oceanwings wing sail, powering the Nemesis One. The wing automatically adjusts it’s angle of attack, camber and twist, eliminating any need for manual sail trimming. Additionally, the reef and furlable wing sail is a staggering 2.6 times more efficient than a conventional sail plan of equal size.

But flying on water at speeds in excess of 50 knots, leaving most performance motor yachts in her wake, won’t come at the expense of security and comfort. Nemesis One will be equipped with the latest generation of smart LiDar (laser radar) sensors, precisely capturing the yachts surroundings. The current sea state, especially wave height, shape and frequency, will be live monitored by LiDar as well. All gathered data will be processed by the yacht’s mainframe and translated into precise control commands for the automated hydrofoils and rudders, making the yacht stable & safe at any given speed.

The Nemesis One offers the option to exchange the port and starboard facing living modules, for ones with different interior configurations. Making it a breeze to transform the interior layout from owner to charter setup for example. To boost her performance even further, both modules can also be completely removed, transforming the already very fast yacht into ‘Ultra-Light Race Mode’ configuration.

Even without wind, the Nemesis One will remain a zero emission vessel. Powered by a retractable hydrogen-electric propulsion, the yacht has no need for any fossil fuel. In addition to the hydrogen fuel, up to 750 sqm / 8073 sqft of solar panels, will generate up to 150kW of power, to recharge the yacht’s batteries. 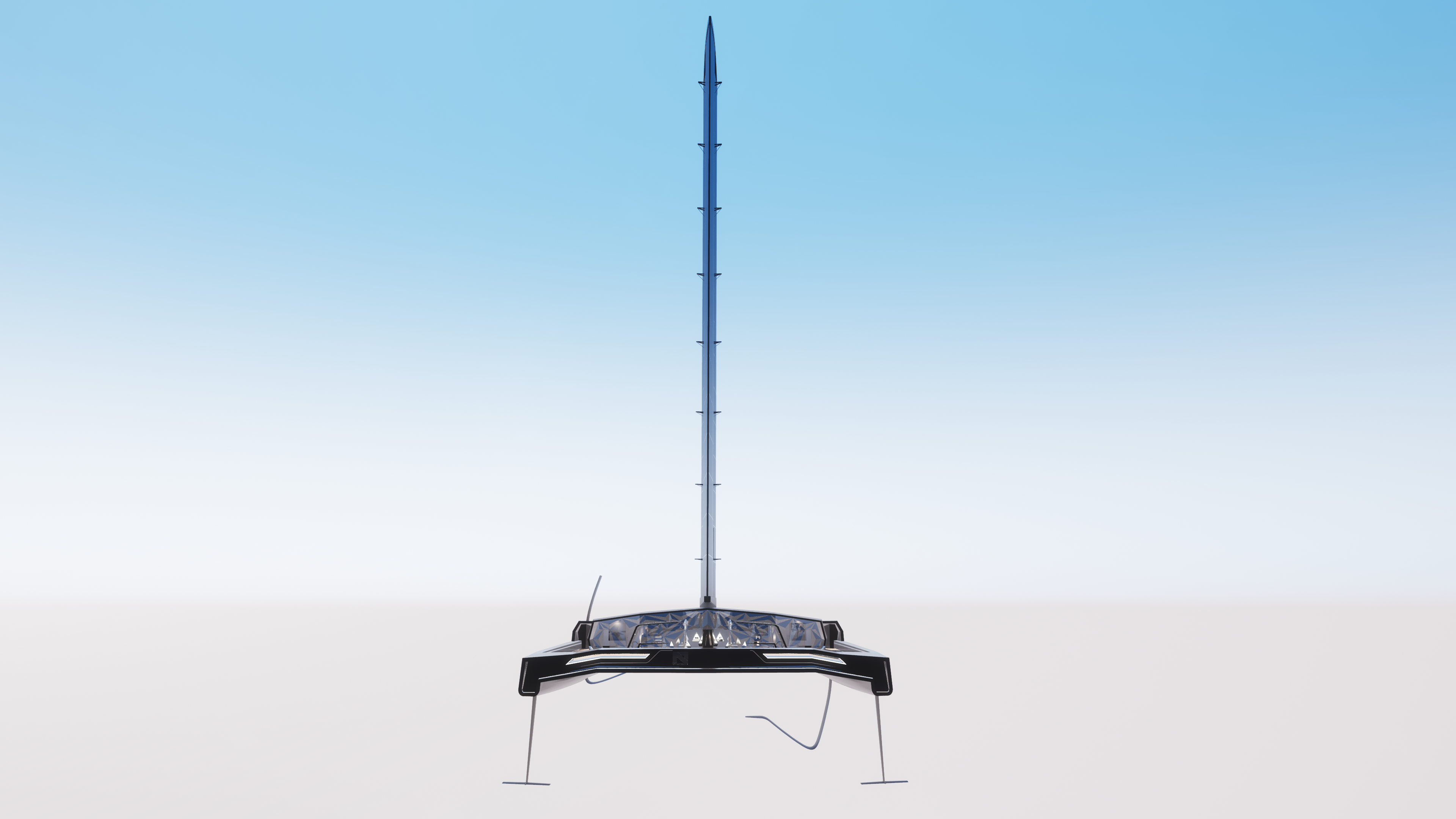