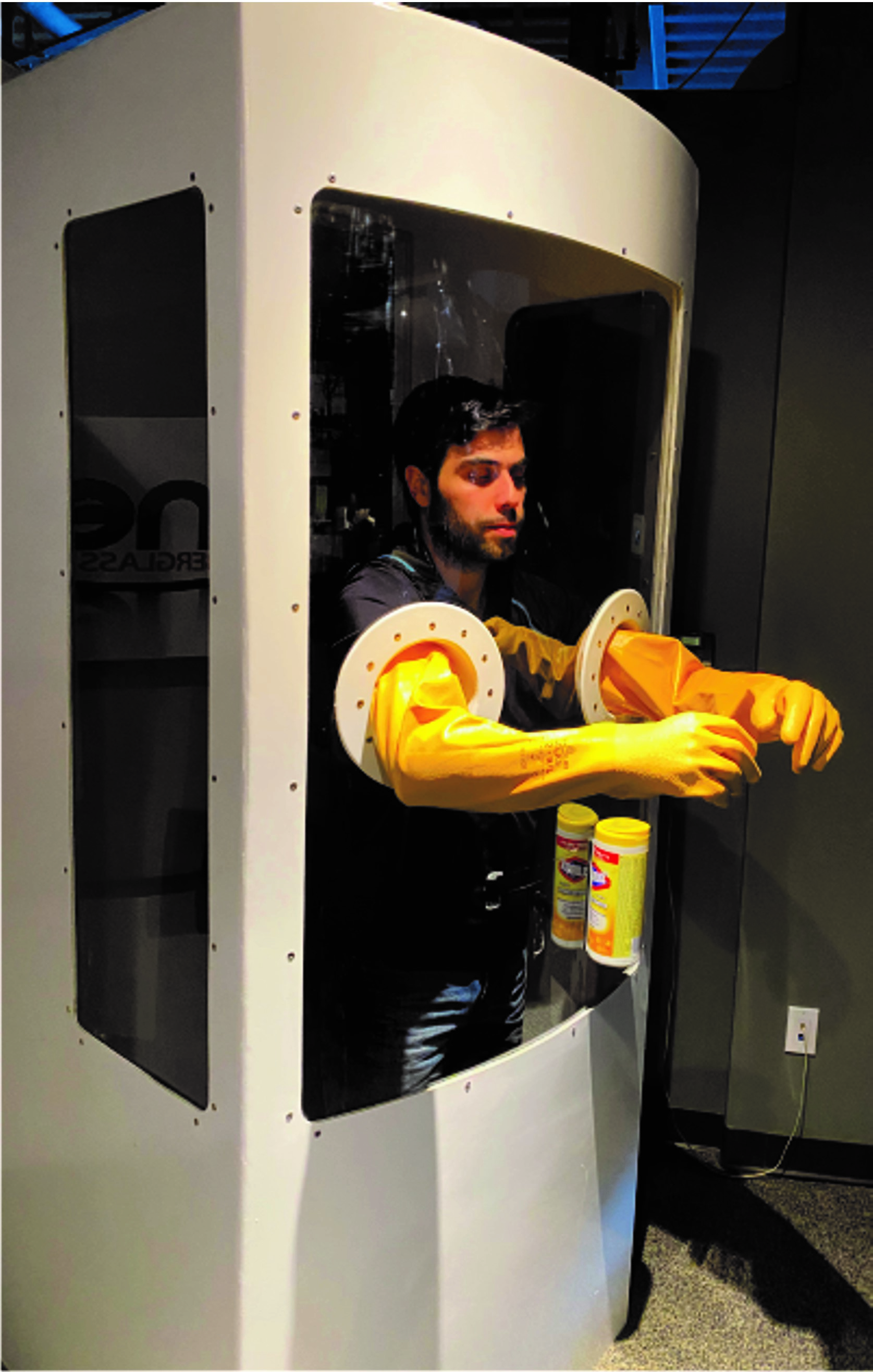 Called the IsoBooth, the testing station would eliminate healthcare workers having to dispose of PPE – gloves, masks, gowns, face shields – after every test is administered, saving millions of dollars and reducing environmental waste.

“The IsoBooth is intended to give healthcare providers a safe and comfortable place to administer tests while significantly reducing the amount of PPE consumed by traditional testing methods. Ontario alone intends to ramp up testing to 16,000 per day. Implementation of the IsoBooth would eliminate the use of almost two million disposable gloves and one million masks in two months.”

The IsoBooth is based on a design by Harvard Medical School researchers that allows a clinician to stand inside, apart from the patient, and administer a swab test from gloved external hand ports. A shelf, or customized tray on the front of the booth, holds test kits, supplies and a canister of sanitizing wipes to be used to clean the gloves and the shield between patients.

In addition to the potential cost savings that would be generated by the IsoBooth, it also reduces the amount of environmental waste that would otherwise be generated by PPE disposal. Approximately 3,900 kilograms of hazardous PPE waste is created every day in hospitals and healthcare facilities across Canada. The IsoBooth would eliminate this waste entirely, reducing the burden on our waste treatment facilities, as well as our overall environmental footprint.

“Environmental sustainability has been a cornerstone of the Canadian government’s policy initiatives since being elected to office in 2015. It is incumbent on our federal leaders to explore and implement sustainable solutions to the Covid-19 outbreak so as not to deter from our environmental objectives.”

Made from fiberglass and polycarbonate, the IsoBooth is easy to clean and highly durable. Weighing only 45 kilograms, the booth can be easily moved by two people.

A similar version of the IsoBooth has been widely adopted in South Korea, a nation that has been lauded for its efforts in its handling of Covid-19. The booths have been deployed in medical institutions, airports and other high-traffic buildings across the nation. Deemed an effective method for mitigating PPE usage, the booths are also being exported to Malaysia, Thailand, Japan, Italy and the Philippines.