United Launch Alliance (ULA) recently awarded the largest RL10 contract ever to Aerojet Rocketdyne to deliver 116 RL10C-X engines for its Vulcan Centaur rocket. The new engines will support ULA as it works to fulfill its commitments under a contract they recently received from Amazon, as part of the largest commercial launch contract in history, to support the launch of its Kuiper satellite constellation. 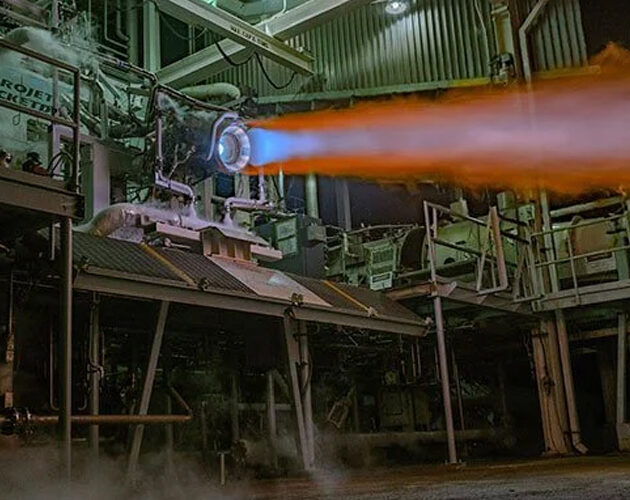 “The RL10 engine is the nation’s premier upper-stage engine and a true workhorse in the industry,” said Aerojet Rocketdyne CEO and President Eileen P. Drake. “With the RL10C-X, we’ve leveraged our industry-leading 3D-printing technology to significantly reduce the cost of the engine while at the same time increasing its performance to provide our customer with enhanced mission capability.”

The RL10C-X uses a 3D-printed main injector and main combustion chamber, as well as a 94-inch monolithic lightweight composite (carbon-carbon) nozzle. The specific impulse, or Isp, of the RL10C-X is 461 seconds, which puts it near the very top of the RL10 engine family in terms of performance. Similar to gas mileage in a car, specific impulse measures the amount of thrust generated by a rocket engine per unit of propellant consumed per second.

“The RL10 is the highest performance upper-stage rocket engine flying today,” said ULA President and CEO Tory Bruno. “We’re proud to be launching the Kuiper constellation with the next generation of this incredibly reliable and high-performance engine.”