On September 2019, the United Nations launched the International Day of Clean Air for Blue Skies to strengthen international cooperation in improving air quality and reducing air pollution. This is consistent with the EU’s target of climate-neutrality and sustainability. Its Green Deal in fact sets out the need to reduce transport emissions by 90% by 2050 (compared to 1990 levels). The aviation sector accounted for 3.8% of total CO2 emissions in 2017 and generates 13.9% of the emissions from transport, making it the second biggest source of transport GHG emissions after road transport. 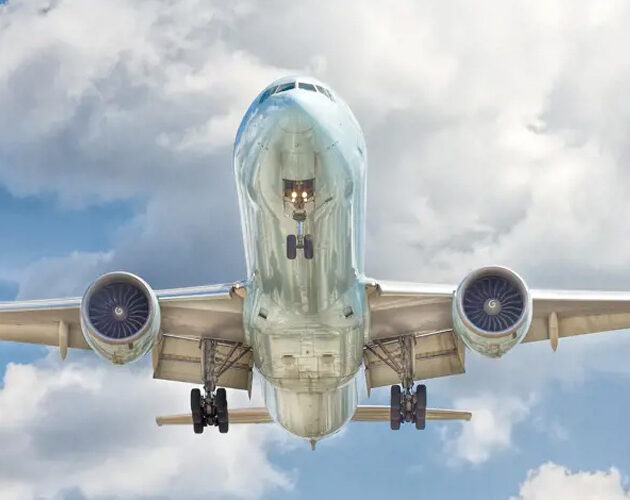 One of the most disruptive and promising ways to achieve this ambitious objective is to move towards hydrogen (H2) propulsion. Unlike kerosene, the use of H2 will eliminate the emission of all CO2 as well as the most harmful non-CO2 emissions (carbon monoxide, methane, soot particles, oxidized sulphur species) and leave only water vapour and near-zero nitrogen oxides. Although hydrogen-powered aircraft exist, the current cost of storing and using H2 as a fuel in prolonged flights makes their democratization impossible. The main blocking point is the absence of viable H2 storage systems in aircraft, considering the strict limitations in weight, volume and cost-efficiency.

To address these needs, the OVERLEAF Horizon Europe project, in which AIMPLAS takes part, will develop a game-changing Liquid Hydrogen (LH2) storage tank to enable the transition toward H2 -powered aviation. The storage concept will be based on the combination of innovative functional and high-performance materials, thermal insulating materials and hydrogen leak detection sensors. OVERLEAF will draw on technology developments to reduce by 50% the LH2 tank mass compared to current prototypes. Any improvement in this area lowers the weight and volume of the aircraft, which re-duces energy demand and therefore improves the economics of building and operating the airplane.

Additionally, the project aims to develop an LH2 propulsion system for safe operation over a long lifetime. The new fuel cell system technology will need to achieve up to two or three times more system power density than current fuel cell systems are projected to achieve, with effi-ciencies of up to 55 to 60%(LHV).

“Hydrogen is an energy vector for aviation and different EU industries, such as the railway industry, reducing the climate impact and contributing to decarbonization objectives. The development of new technologies to store hydrogen more efficiently and economically is needed. The OVERLEAF project contributes to achieving this technological maturity”, says Emma Celeste Lope, the Project Coordinator.

Launched in May 2022, OVERLEAF runs for three years and has a 10-strong consortium from six European countries. It is led by Aciturri Engineering and involves leading innovative companies and suppliers in the aeronautics sector, as well as academic institutions.