Airbus has completed wind-tunnel testing of its eXtra Performance Wing demonstrator in its quest to quickly test and accelerate new technologies that will decarbonise the aviation industry. 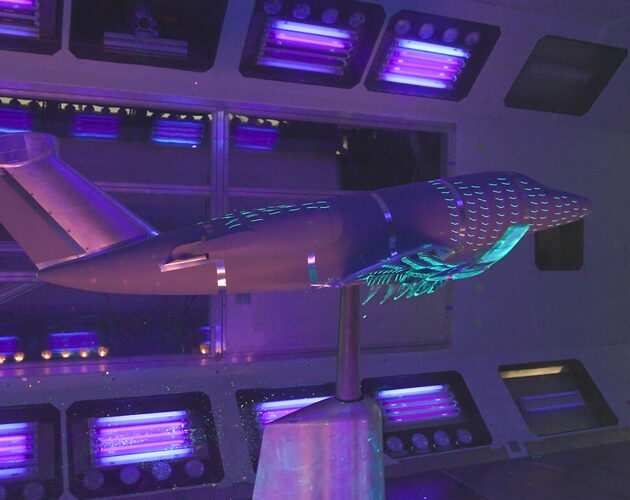 The eXtra Performance Wing project, launched last September, takes inspiration from nature to improve wing aerodynamics and performance that is intended to be compatible with any future aircraft configuration and propulsion system to reduce CO₂ emissions.

“The partly 3D-printed wind-tunnel model – expertly built by the aerodynamics team at Airbus’ low-speed, wind-tunnel facility in Bristol – is a scaled-down version of the Cessna jet, incorporating the lightweight, long-span design of the eXtra Performance Wing that will provide the emissions benefits we are striving for.”

Initially introduced at a smaller scale through another Airbus project, AlbatrossONE, which tested semi-aeroelastic hinged wings that – like the seabird – unlocked during flight when experiencing wind gusts or turbulence, the eXtra Performance Wing will also examine onboard technologies, like gust sensors, pop-up spoilers and multifunctional trailing edges, to enable the active control of the wing.

“Airbus’ state-of-the-art low-speed wind-tunnel is a fantastic way to validate our concepts before flight tests,” added Oliver Family. “Our computational aerodynamic analysis capability is world class, and the wind tunnel provides another valuable way to measure the performance and capabilities of the aircraft before flight testing. The technologies we have tested in the Filton wind tunnel – many inspired by biomimicry – will now be rapidly integrated for flight testing.”

The eXtra Performance Wing demonstrator is hosted within Airbus UpNext, a wholly-owned Airbus subsidiary, created to give future technologies a development fast-track by building demonstrators at speed and scale in order to evaluate, mature and validate potential new products and services that encompass radical technological breakthroughs.