“These Q1 results reflect a solid performance across our commercial aircraft, helicopter and defence businesses. Our 2022 guidance is unchanged, even though the risk profile for the rest of the year has become more challenging due to the complex geopolitical and economic environment,” said Guillaume Faury, Airbus Chief Executive Officer. 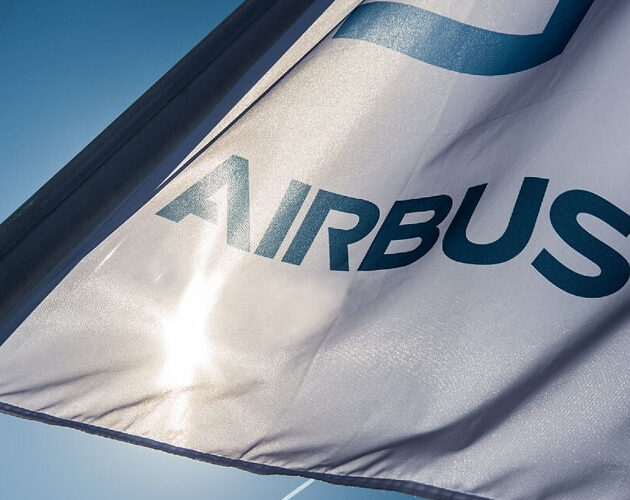 “Looking beyond 2022, we see continuing strong growth in commercial aircraft demand driven by the A320 Family. As a result we are now working with our industry partners to increase A320 Family production rates further to 75 aircraft a month in 2025. This ramp-up will benefit the aerospace industry’s global value chain.”

Gross commercial aircraft orders increased to 253 (Q1 2021: 39 aircraft) with net orders of 83 aircraft after cancellations (Q1 2021: -61 aircraft). The order backlog amounted to 7,023 commercial aircraft on 31 March 2022. Airbus Helicopters booked 56 net orders (Q1 2021: 40 units) and was awarded a contract for the Tiger MkIII attack helicopter upgrade programme. Airbus Defence and Space’s order intake by value increased to € 3.2 billion (Q1 2021: € 2.0 billion), corresponding to a book-to-bill ratio of around 1.3. Included is the Eurodrone global contract signed in February 2022, covering the development and manufacturing of 20 systems and 5 years of initial in-service support for Germany, France, Italy and Spain.

Consolidated revenues increased 15 percent to€ 12.0 billion (Q1 2021: € 10.5 billion), mainly reflecting the higher number of commercial aircraft deliveries and a favourable mix. A total of 142(1) commercial aircraft were delivered (Q1 2021: 125 aircraft), comprising 11 A220s, 109 A320 Family, 6 A330s and 16 A350s. The financial results reflect 140 commercial aircraft deliveries after the reduction of two aircraft previously recorded as sold in December 2021 for which a transfer was not possible due to international sanctions in place. Revenues generated by Airbus’ commercial aircraft activities increased 17 percent, mainly reflecting the higher deliveries and favourable mix. Airbus Helicopters delivered 39 units (Q1 2021: 39 units), with revenues rising 7 percent mainly reflecting growth in services and a favourable mix in programmes. Revenues at Airbus Defence and Space increased 16 percent, mainly driven by the Military Aircraft business and following the Eurodrone contract signature. One A400M transport aircraft was delivered in Q1 2022.

Consolidated EBIT Adjusted – an alternativeperformance measure and key indicator capturing the underlying business margin by excluding material charges or profits caused by movements in provisions related to programmes, restructuring or foreign exchange impacts as well as capital gains/losses from the disposal and acquisition of businesses – increased to € 1,263 million (Q1 2021: € 694 million). It includes a non-recurring positive element of € 0.4 billion related to the remeasurement of past service cost in the retirement obligations and also reflects efforts on competitiveness and the impact from cost containment. An amount of € -0.2 billion was recorded in Q1 2022 resulting from the impact of international sanctions against Russia.

EBIT Adjusted related to Airbus’ commercial aircraft activities increased to € 1,065 million (Q1 2021: € 533 million), mainly reflecting higher deliveries as well as the efforts on competitiveness and the effect from cost containment. It also includes the non-recurring impact from retirement obligations, partly offset by the impact of international sanctions against Russia.

Commercial aircraft production for the A320 Family is progressing towards a monthly rate of 65 aircraft by summer 2023, in a complex environment. Following an analysis of global customer demand as well as an assessment of the industrial ecosystem’s readiness, the Company is now working with its suppliers and partners to enable monthly production rates of 75 in 2025. This production increase will benefit the entire global industrial value chain. Airbus will meet the higher production rates by increasing capacity at its existing industrial sites and growing the industrial footprint in Mobile, US, while investing to ensure that all commercial aircraft assembly sites are A321-capable.

On the A321XLR, the Company continues to work towards a first flight by the end of Q2 2022. Initially planned for the end of 2023, the entry-into-service is now expected to take place in early 2024 in order to meet certification requirements.

EBIT Adjusted at Airbus Defence and Space was € 106 million (Q1 2021: € 59 million), mainly driven by Military Aircraft and following the Eurodrone contract signature. It also reflects the non-recurring impact from retirement obligations, partly offset by the consequences for the space business from the international sanctions against Russia.

On the A400M programme, development activities continue toward achieving the revised capability roadmap. Retrofit activities are progressing in close alignment with the customer. Risks remain on the qualification of technical capabilities and associated costs, on aircraft operational reliability in particular with regard to powerplant, on cost reductions and on securing export orders in time as per the revised baseline.

The US Department of State has granted Airbus a nine-month extension of the duration of the Consent Agreement settling civil violations of the International Traffic in Arms Regulations (ITAR). Airbus initiated this request for an extension from the US Department of State because it had to redirect internal Export Control resources to the tracking and implementation of recent export control restrictions and international sanctions against Russia and Belarus. The Company does not expect the Consent Agreement extension to have an impact on the other agreements approved on 31 January 2020 with the UK, French and US authorities.