Archer Aviation Inc. announced that Maker successfully completed its first transition to full wing-borne flight enf of November. Maker has 12 propellers attached to six booms on a fixed wing. All 12 propellers provide vertical lift during take-off and landing. The forward 6 propellers tilt forward to cruise position to provide propulsion during forward flight, with the wing providing aerodynamic lift like a conventional airplane. During this flight, Maker’s tilt propellers were locked in cruise position for the first time and the aircraft flew at a calibrated airspeed of 91 knots (105 mph). 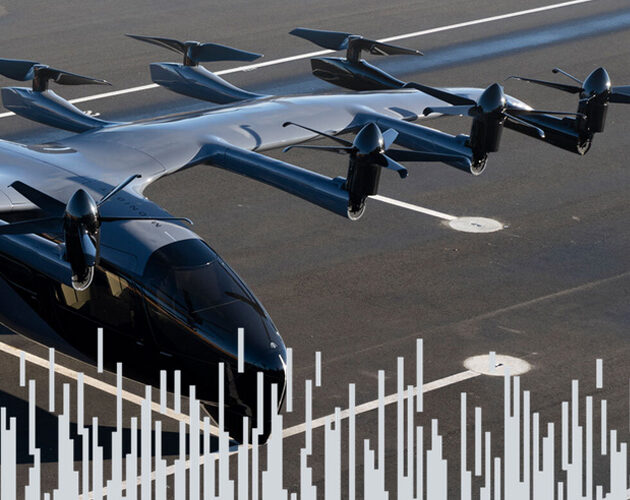 Achieving this full transition milestone is critical to validating the flight physics of Archer’s proprietary 12-tilt-6 propeller configuration that it uses on Maker as well as Midnight, which is the aircraft Archer recently unveiled at its Open House on November 16th and is working to certify with the FAA in late 2024. The success of the Maker flight testing program also demonstrates a number of the key enabling technologies for Midnight, such as the aircraft’s flight control system. The Maker flight test program has generated invaluable data that Archer has leveraged in the development and certification process for Midnight. Archer has made rapid progress on Maker’s flight testing program, completing this transition to fully wing-borne flight in less than 12 months after its first hover flight.

“From day one, Archer’s strategy has always been about finding the most efficient path to commercializing eVTOL aircraft,” said Adam Goldstein, Archer’s Founder and CEO. “The data and experience we’ve gathered from Maker’s rigorous flight testing program has been invaluable to the development and certification path of Midnight, and lends further confidence to our belief that Archer will be the first company to certify an eVTOL aircraft in the US with the FAA.”

“This significant achievement is a testament to the countless hours of design, simulation and wind tunnel testing that our team has conducted behind-the-scenes,” said Dr. Geoff Bower, Archer’s Chief Engineer responsible for overseeing Maker’s flight test campaign. Dr. Bower has over a decade of experience in the eVTOL aircraft industry, during which he has helped design and build four full-scale eVTOL aircraft that have successfully completed flight test campaigns.

“Looking forward to the commercialization of Midnight, we’ll continue to draw upon the incredible findings and lessons learned from Maker’s flight testing program.”