ASCEND aims for a breakthrough in electric propulsion for aircraft

A major breakthrough in electric propulsion for long-range aircraft could soon be on the horizon. The presence of a cold source, in the form of liquid hydrogen, alongside superconducting technologies promises to unlock new possibilities. Today, the ASCEND demonstrator project by Airbus UpNext aims to mature these technologies to significantly boost the performance of electric- and hybrid-electric propulsion systems in future low-emission aircraft. 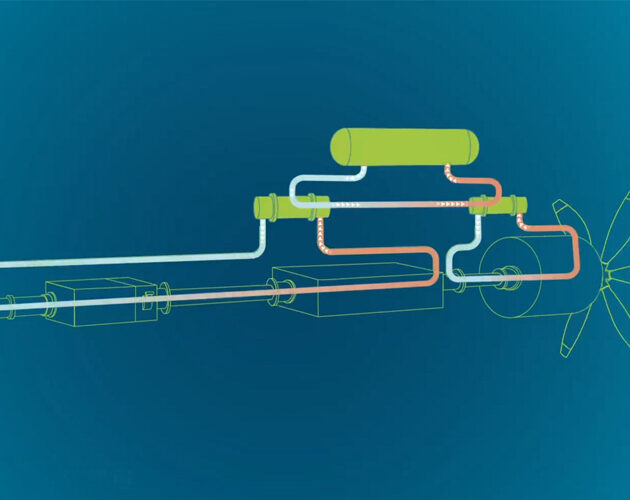 In 1911, Dutch physicist Heike Kamerlingh Onnes found himself preoccupied with one question: what happens to the electrical conductivity of pure metals at very low temperatures? During an experiment, he immersed a wire made of solid mercury into liquid helium, and to his astonishment, found the wire’s electrical resistivity completely vanished at 4.2°Kelvin (-268.95°C).

He called the phenomenon “superconductivity,” or the ability of certain materials to generate strong magnetic fields and conduct very high electric currents with practically zero resistance when exposed to very low temperatures. The discovery was so ground-breaking, it earned Kamerlingh Onnes the 1913 Nobel Prize in Physics.

Today, superconductivity has a variety of practical applications, including the following:

However, superconductivity’s applications in the aerospace industry have yet to be fully explored. Airbus UpNext is looking to change that with its latest ground-based demonstrator project ASCEND.

ASCEND – a first step towards cryogenic electric propulsion in aircraft

The twin power of cryogenics and superconductivity

One of the major challenges of scaling up electric propulsion to larger aircraft is the power-to-weight ratio. In other words, today’s electrical systems simply do not meet the necessary power requirements without adding excess weight to the aircraft. But high-temperature superconducting technologies are emerging as a promising solution to this technical conundrum, notably by increasing power density in the propulsion chain while significantly lowering the mass of the distribution system.

This is where ASCEND comes in. The three-year demonstrator project aims to show that an electric- or hybrid-electric propulsion system complemented by cryogenic and superconducting technologies can be more than 2 to 3 times lighter than a conventional system—through a reduction in cable weight and a limit of 30kW/kg in power electronics—without compromising a 97% powertrain efficiency.

To achieve this objective, ASCEND features a 500kW powertrain consisting of the following components:

“With the ASCEND demonstrator, we’ll adapt ground-based cryogenic and superconducting technologies to a fully electric powertrain to confirm their potential at aircraft level,” explains Ludovic Ybanez, Head of the ASCEND demonstrator. “Integrating these components will not only be a world first, but also an essential step towards future full-scale tests and flying demonstrators.”

In addition to optimising the weight of the distribution system, another objective of ASCEND is to significantly increase the power density of the propulsion chain. This is a key consideration, as increasing the power of current electrical aircraft systems from a few hundred kW to the MW required for a fully electric aircraft is no easy feat. Simply put, more power increases weight and installation complexity, and generates more heat.

However, if a cold source at 20°K (-253.15°C), such as liquid hydrogen, is available on board, it can be used to cool the electrical systems. The superconducting components can then work to significantly improve the power density of the electric-propulsion systems.

Airbus is already looking into how liquid hydrogen could be used as fuel for an internal combustion engine or fuel cell as part of its ZEROe pre-programme. The ASCEND demonstrator will thus complement this research by providing additional insight into how cryogenic and superconducting technologies can support an ultra-efficient electric- and/or hybrid-electric propulsion system for future aircraft.

“With the ASCEND demonstrator, we’ll pave the way for a real breakthrough in electric propulsion for future aircraft,” says Sandra Bour Schaeffer, Airbus UpNext CEO. “The importance of this work can’t be understated: cryogenic and superconducting technologies could be key enablers to enhancing the performance of low-emission technologies, which will be essential to achieving our ambitious decarbonisation targets.”

EuCIA and EBI team up to make headway on circular economy