ATL Composites was involved in a remediation project on a Coffs Harbour unit block, working closely with Binet Constructions and engineers to repair and reinforce pillars supporting the entire building. 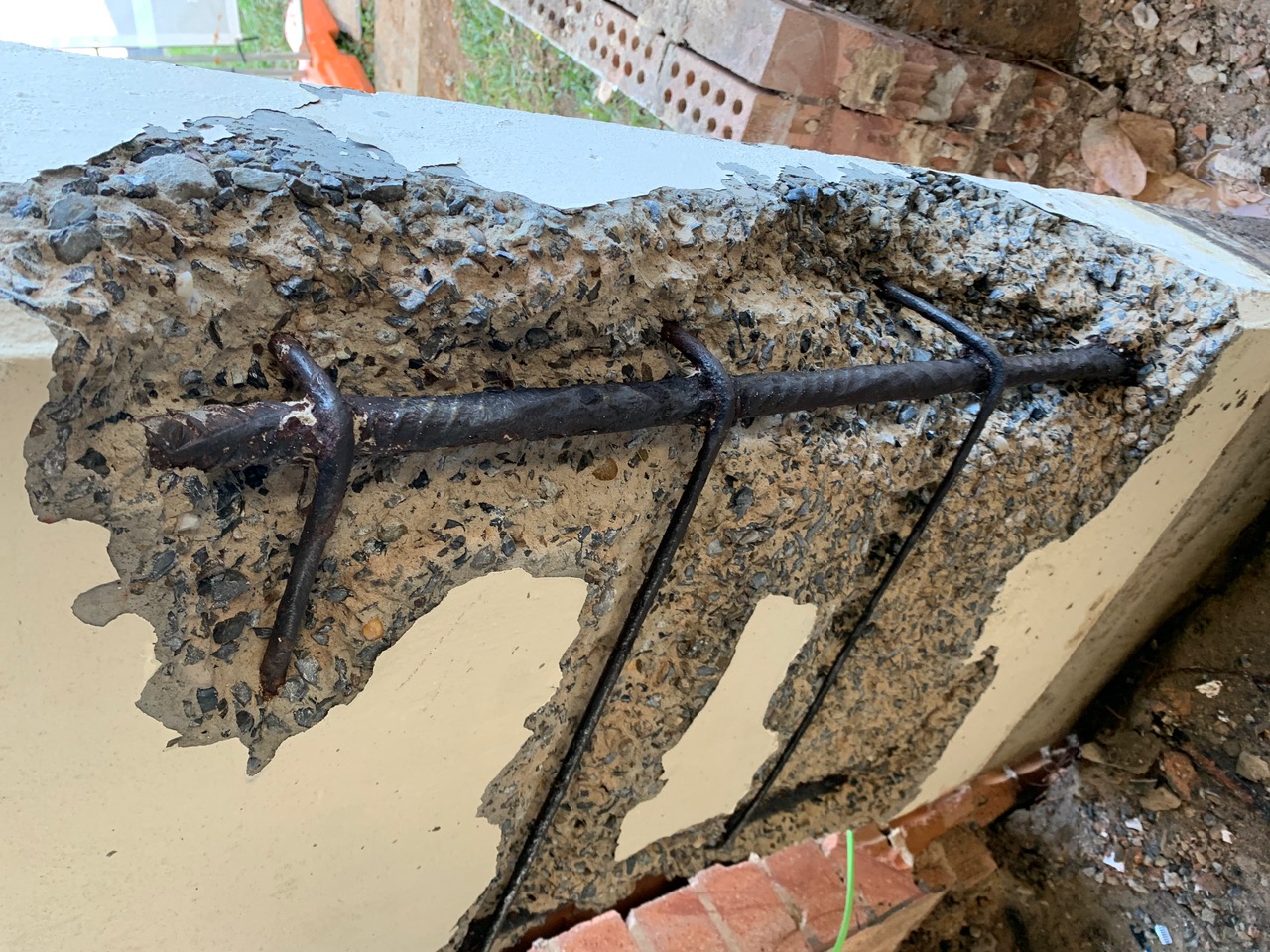 The concrete pillars on the 40-year old building were suffering, a result of exposure to the sea air and wear and tear over many decades.

Binet Constructions has a 50-year history in the Coffs region. Murray Binet, the son of founder, Greg, said:

“We hadn’t used carbon fiber on construction projects before, but it was specified by the engineer and we believed it would be perfect for the job.”

The Binets had worked with ATL epoxies previously, E-fiberglass reinforcements and DuFLEX composite panels in the construction of an 11-metre Schionning catamaran.

They sent the specs for the resin and carbon to ATL’s Anthony Basilone who matched them to ZU300 a high-performance carbon fiber unidirectional manufactured by Hexcel Corporation and ATL’s Technirez  R2517 epoxy resin with H2431 Slow hardener to laminate the reinforcement.

Techniglue R60 Structural Adhesive thickened with West System 413 microfiber blend was also used as a surface filler on the patched concrete, to provide a flat surface for the carbon to bond to. Synthetic peel-ply was used to wrap the carbon reinforcement to provide a textured surface that would reduce the amount of sanding required prior to the application of the final finish.

The apartment block comprised 16 units in a four-storey building. There were six columns in the car park in the basement of the building that required repairs. Each pillar supported 60 tonnes.

According to Murray Binet, the most challenging part of the work was :

“Creating the new support structure in a 40-year-old building. The building had long-term storm water issues as well.”

ATL’s carbon fiber reinforcements and Technirez structural epoxy were ideal for the job.

“They’re lightweight, easy to work with, watertight when glued on and strong. In fact, the combination of the ATL products exceeded the engineer’s specifications.” 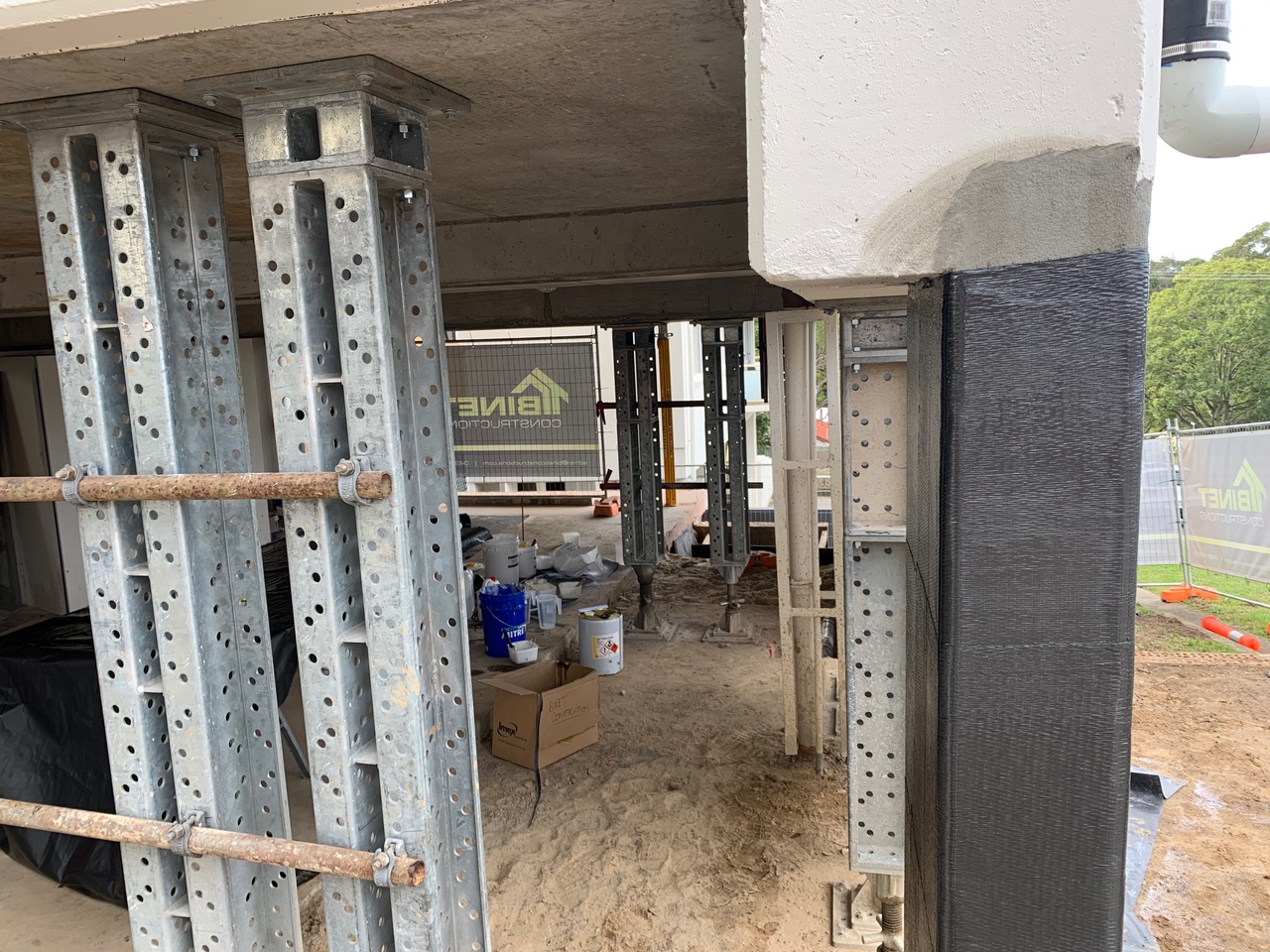 “The engineers decided on a specification where the original pylons were to be ground back to good material, patched with a mortar mix, wrapped in epoxy/carbon, and then an additional pylon added to increase the overall strength. The carbon wrapping was used to ensure the old pylon would last as long as the new ones.”

The benefit of this procedure, rather than removing the pillars and replacing them was that residents didn’t have to move out while the building underwent major construction work.

“Removing the pylons, reinforcing the foundations with lintels would have been a huge undertaking, resulting in relocation of residents, added expense and a loss of rental income for owners. It was certainly more cost-effective, quicker and less hassle all round.”

The use of carbon fiber is becoming more prevalent in construction and is a cost-effective strengthening solution for repairs and upgrades of reinforced concrete.

“The carbon fiber product from ATL was excellent. We see much more potential applications for this product and technique, specifically the remediation of bridges, buildings and other construction projects.” 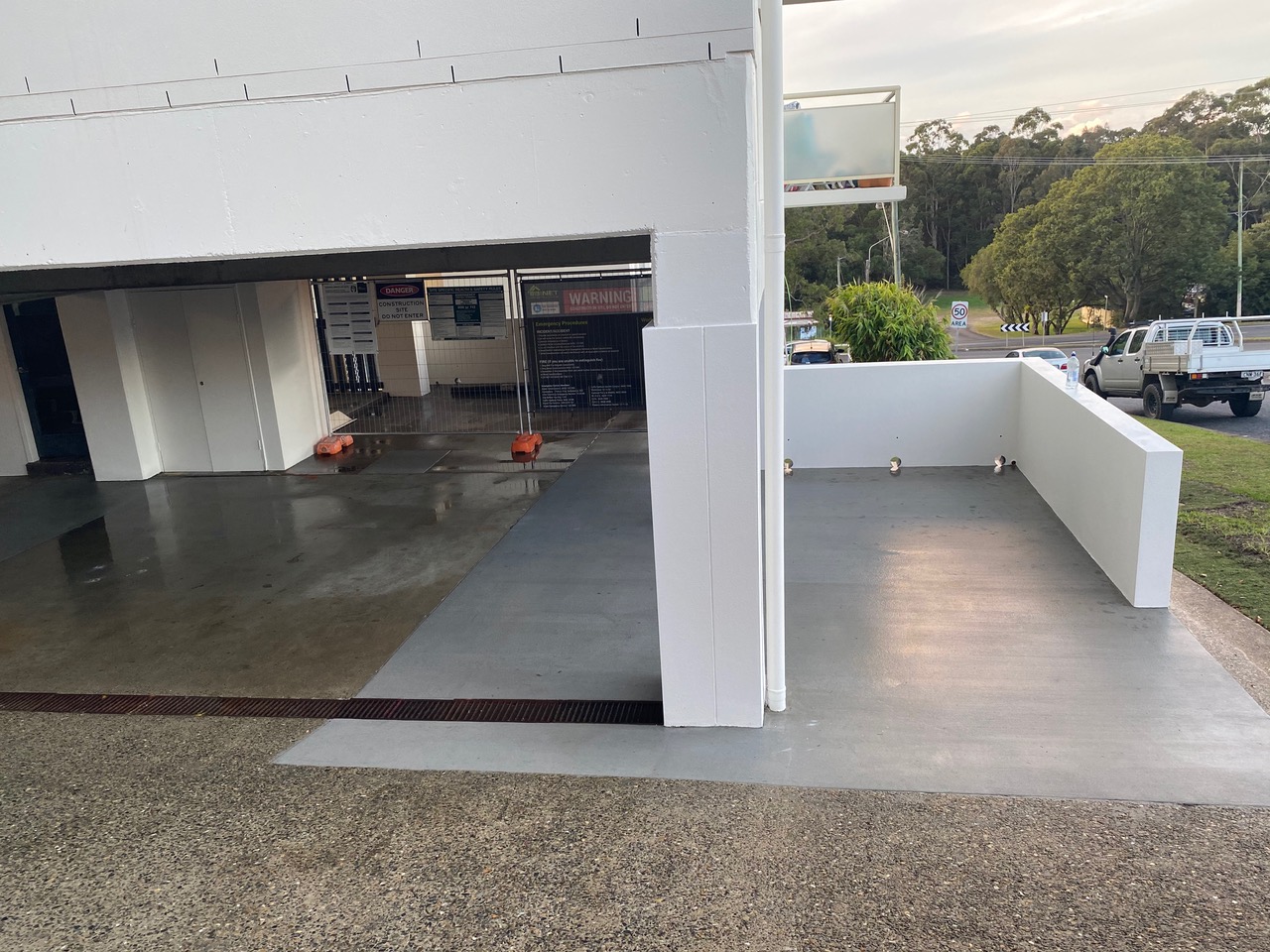