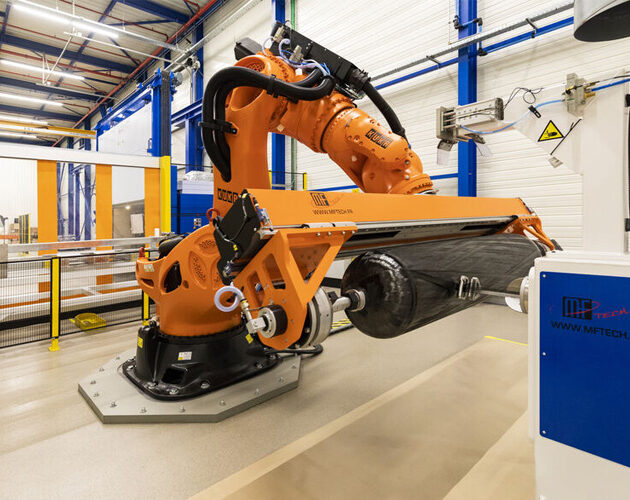 This news has been originaly published on October 5, 2022 and was the most popular news of October.

Laurent Favre, Plastic Omnium’s CEO, welcomed the government’s decision to support development of the hydrogen industry in France, and announced the construction in Compiègne of Europe’s largest hydrogen vessels factory. The future facility will produce 80,000 vessels a year, with the first ones produced as of 2025.

The new Plastic Omnium’s plant in Compiègne and its expansion of hydrogen activities in France will in time represent around 200 jobs.

At the same time, Plastic Omnium will continue its hydrogen research and development activities at the α-Alphatech research center.

Laurent Favre also announced the signature of two major contracts with Stellantis and HYVIA (HYVIA was also selected within PIIEC framework). Both contracts cover the design and production, at its future Compiègne plant, of 700-bar high-pressure hydrogen vessels modules for commercial vehicles.

Laurent Favre declared that: “The support of the French government allows us to accelerate the ramp-up of our industrial production of hydrogen vessels in France. The signing of two new contracts with Stellantis and HYVIA illustrates our customers’ confidence in our technological expertise in hydrogen storage. These announcements are a major step in our ambition to become the world leader in hydrogen mobility by 2030 and the preferred partner of the players in this sector, serving the profound transformation of our industry towards low-carbon mobility”.

Plastic Omnium is uniquely positioned on the hydrogen market, thanks to its historical expertise and its position as the world leader in fuel tanks. In addition, Plastic Omnium manufactures fuel cells with the highest power density on the market thanks to EKPO, a joint venture with German parts manufacturer ElringKlinger. Convinced since 2015 that hydrogen will play a major role in the clean mobility of tomorrow, Plastic Omnium has invested more than €300 million since 2015 to expand its expertise and industrial footprint across the entire hydrogen value chain. Leading the way in this technology, Plastic Omnium plans to invest of €100 million each year in average to reach €300 million sales by 2025 and €3 billion sales by 2030.