Bring your ideas to life

Sintratec is the leading Swiss developer of industrial 3D printers and professional software solutions for additive manufacturing. The company’s systems are in operation worldwide in various industries, research institutes and universities. This article has been published in the JEC Composites Magazine N°146. 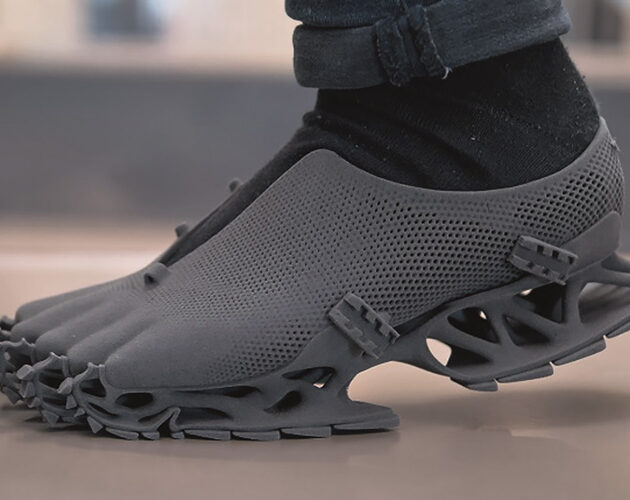 Sintratec, a start-up founded in Switzerland in 2014, created the first selective laser sintering (SLS) benchtop 3D printer in the world – the Sintratec Kit. Since then, the machines have been continuously improved and new solutions have been developed. Today, the company is located in Brugg, Switzerland, and distributes its solutions through a globally-operating partner network.

The Sintratec Kit is the world’s first and only assembly kit in the field of selective laser sintering. The kit is easy to operate and especially suitable for the production of functional prototypes. The 3D printer can be integrated into any production environment and supports multiple materials. The Sintratec Kit has been successfully used in a wide range of research and development projects, for instance at the University of Belgrade.

The Sintratec S2 system is a modular end-to-end solution based on SLS technology. Inside its laser sintering station, a powerful 10-watt fibre laser fuses the powder particles into mechanically-strong polymer objects – fast and precisely. Once a print job is completed, the material core unit, which contains the printed parts, is easily removed, freeing the laser sintering station up for the next print job. The dedicated material handling station ensures a hassle-free depowdering of the parts. The Sintratec S2 system is designed to be scaled up individually depending on the user’s needs and is suited for rapid prototyping as well as for the production of small to mid-sized series. Industrial companies such as LiSEC, Austria, use this compact system to develop and advance their applications and products.

Sintratec PA12
Sintratec PA12 nylon is the base material for all of Sintratec’s 3D printing systems. This industrial-grade polyamide powder produces strong, temperature-resistant, precise, and durable workpieces that are ideally suited for prototypes as well as end-use applications.

Sintratec TPE is an industrial-grade elastomer material that results in flexible, rubber-like parts. With an impressive elongation at break of up to 438%, an excellent elastic restorative capacity and rebound elasticity, TPE is ideal for applications that require a high degree of ductility.

Use case with PA12

With over 20 subsidiaries and 1250 employees worldwide, the LiSEC group is a global market leader for all-in-one flat glass processing and finishing solutions. At the headquarters in Seitenstetten, Austria, innovative machines for the glass industry are developed and produced, along with the training of new employees. The apprentice workshop is under the direction of Benjamin Kaubeck, who also started his career 16 years ago as an apprentice at LiSEC.

Spare parts from the 3D printer
Alex Wieser is responsible for the 3D printing division at LiSEC. The company uses fused deposition modelling (FDM) printing for functional prototypes, switching to selective laser sintering (SLS) as soon as a good finish, as well as dimensionally-accurate and form-stable parts, are needed. To meet growing demands at the factory, the company invested in a Sintratec S2 system about a year ago. “With the SLS process, we produce a lot of spare parts, which allows us to support our customers faster – and that is our main goal”, says Benjamin Kaubeck.

SLS components on processing machines
The Sintratec S2 is used almost daily at LiSEC to produce prototypes and medium-sized production parts using the robust PA12 material. For example, a bending test rig was constructed and printed to measure the force required to deform an aluminium frame. Also installed on the glass processing machines are various covers, cable clamps, or brackets that were produced with the Sintratec S2.
Another example can be found at a filling plant, where granulate is inserted into glass frames for insulation. Here, the team sintered the molecular containers to test their own new shapes.

A foundation for innovation
After about a year in use, the industrial 3D printing solution has convinced the instructors at LiSEC. “We are positively surprised by the Sintratec technology and very enthusiastic about the cylindrical build volume, as well as the handling of the machine”, emphasizes Benjamin Kaubeck. “Our requirements are clearly met by the Sintratec S2, and we are very satisfied with the product – quality and price-performance simply fit”, Alex Wieser adds. The introduction of the expandable SLS system impressively shows how it can lay an important foundation for new innovations inside a production. Alex Wieser summarizes: “I see 3D printing as an integral part of any industrial sector – it is simply the future!”

Use case with TPE

Stephan Henrich is probably the most interesting designer in the world to incorporate 3D printing into his works. As a pioneer of “additive design“, he teaches architecture and design at several universities.

Perfect symbiosis with additive technologies
Stephan Henrich uses the exceptional features of 3D printing technology like no other. Typical are his elegant designs of interwoven structures.
Additively-produced shapes that cannot be created with any other 3D printing technology than selective laser sintering.
The process is therefore ideal for moving parts printed within one another.
The realization of such designs would be impossible via fused deposition modelling for example. Whether it is futuristic textiles or wallets, Stephan Henrich is ultimately interested in 3D printing functional end parts. SLS technology with its great freedom of construction is the driving force that keeps pushing the development of his designs forward, such as “the Cryptide Sneaker”.

“The Cryptide” consists of a sole with an open design, combined and printed together with an upper shoe that is not much more than a sock. As its name suggests, the sneaker is inspired by so-called Cryptids – mythical creatures such as Bigfoot or Loch Ness that may or may not exist. “If you wear this shoe, you will leave traces like a cryptid would do”, Henrich explains.

One material – multiple properties
Henrich’s design is specifically made to be 3D printed on the Sintratec S2 system with a single material: the rubber-like Sintratec TPE elastomer. Ingeniously, by varying the wall thickness, specific parts of the footwear become stiffer, while others remain flexible and soft.
This makes the Cryptide not only ergonomic but also comfortable to wear. “I think TPE is a great material for designing shoes”, Henrich summarizes.