China develops a prototype of its first flying car 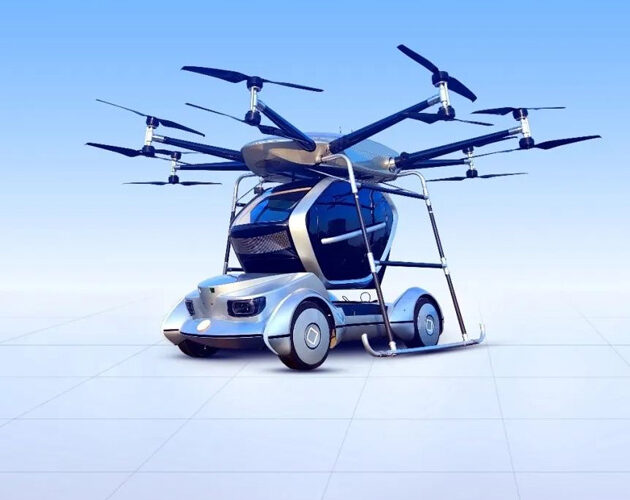 The flying car adopts a split configuration of three independent modules: an autonomous vertical take-off and landing aircraft, a cockpit and a chassis. It is a three-dimensional transport system for people and objects.

The two-seat cockpit adopts ultra-lightweight design, with a deadweight of 80 kg; the maximum load of the autonomous chassis is greater than 500 kg, and the maximum design speed is 80 km/h.

According to Beijing Institute of Technology, the flying car has the respective advantages of a near-earth aircraft and a ground driving chassis. It can realize personnel and cargo air-to-ground transfer, with flexibility. Through ground-air collaborative precise perception and positioning, intelligent decision-making and planning, and automatic guidance and docking technologies, the modules combination and reconstruction can be realized, and different driving modes of land and air can be switched.

“Flying cars are a new type of urban transportation and are an effective way to solve traffic congestion and environmental pollution faced by urban development. The United States, the European Union, Japan and other developed countries or regions attach great importance to support the research and development of flying cars or urban aircraft. China also focuses on the deployment of flying car research and development in the medium and long term. To meet the demand for the construction of a national transportation power, flying car technology and industrial development will usher in a period of rapid development”, the Beijing Institute of Technology announces.