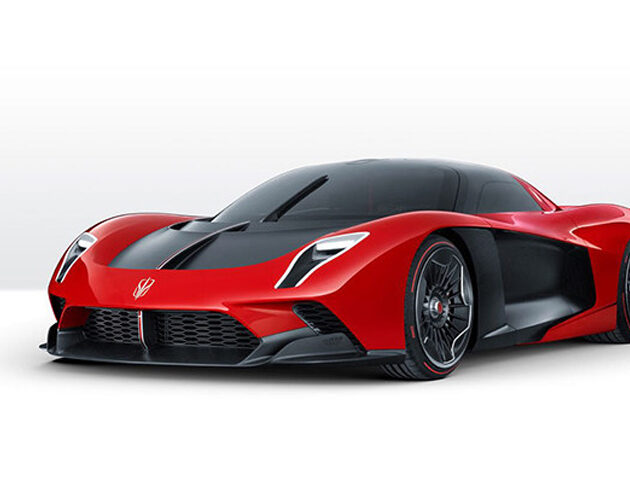 All the electric vehicles that stood out at the Shanghai Auto Show
The special edition of the Polestar 2 has a lightweight body made from carbon fiber reinforced polymer, twin rear electric motors with genuine torque vectoring and high-performance components like Akebono brakes and adjustable Öhlins dampers.
Photo: The lineup of Polestar vehicles at the 2021 Shanghai Auto Show.
Image Credits: Polestar/Geely Holdings
Read more about this article

Chinese firms prepare to charge into Europe’s electric car market
Chinese rivals Nio, Xpeng and Li Auto have all rapidly risen in value to rival much bigger and longer-established manufacturers – despite having never made an annual profit – on the back of US stock market listings that brought access to retail investors, although their values have fallen steeply from highs earlier this year.
Read more about this article

Chinese space firm delivers exoskeleton system to firefighters
The system weighs 5 kilograms and can effectively save more than 50 percent of the energy expended in walking, climbing and carrying goods, according to the developers. Read more about this article

China’s aviation capabilities: official report
In a report published by thePaper.cn, a media site owned by the Shanghai government, an official research unit said there was a “gap” between the city’s aviation and aerospace industries and those in the United States and Europe in terms of technology and management.
Read more about this article

Singapore-based aviation contractor aims to build supersonic combat
Singapore-based Kelley Aerospace unveiled the Arrow, a combat drone concept made of carbon fibre that it said will fly at speeds of up to Mach 2.1, or 2,572km/h.
Photo: Kelley Aerospace chairman Avraham Kelley posing with a full-sized model of the Arrow at his hangar in Seletar. (@Marcus Mark Ramos)
Read more about this article

Schmidt & Heinzmann opens second subsidiary in the US