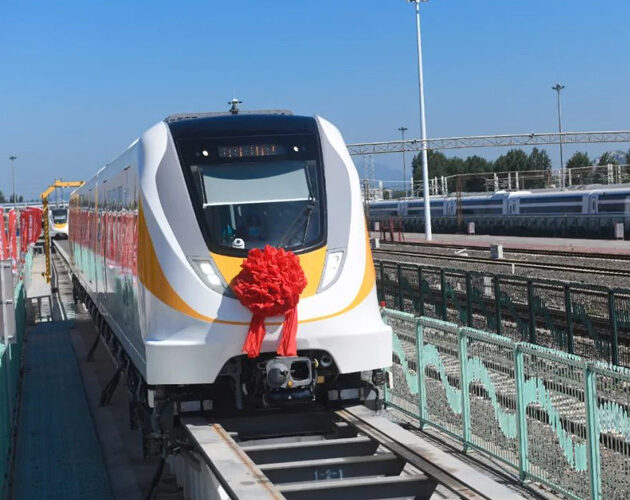 The train will be used on the Qingyuan line, which is China’s first tourism-dedicated low-speed maglev line. Construction of the line started in December 2017.

The new train is part of the sixth-generation maglev train series developed by China Railway Construction Corporation Tangshan Co (CRRC Tangshan), a subsidiary of CRRC. The magnetic gauge is 1,860 millimeters and the design speed is 120 kilometers per hour, the company said.

The train has a lightweight aluminum alloy body and adopts technologies such as self-traction and automatic driving to comprehensively improve the train’s running speed, reliability and comfort, said Liu Yuefeng, the chief designer of the train.

The fourth-generation maglev train produced by CRRC Tangshan has been in service on Beijing’s S1 line for nearly five years and successfully served the 2022 Beijing Winter Olympic Games.

Founded in 1881, CRRC Tangshan is the cradle of China’s rail transit industry and the first rail equipment enterprise in China to carry out the engineering and industrialization of maglev transportation technology.

Zero-emissions aviation the focus for first Swinburne University’s founder in...