Chinese space engineers have conducted the first ignition test of China’s most powerful solid-propellant rocket engine, which will be used on new-generation rockets, according to the Academy of Aerospace Solid Propulsion Technology (a subsidiary of State-owned space giant China Aerospace Science and Technology Corp) in Xi’an, Shaanxi province. 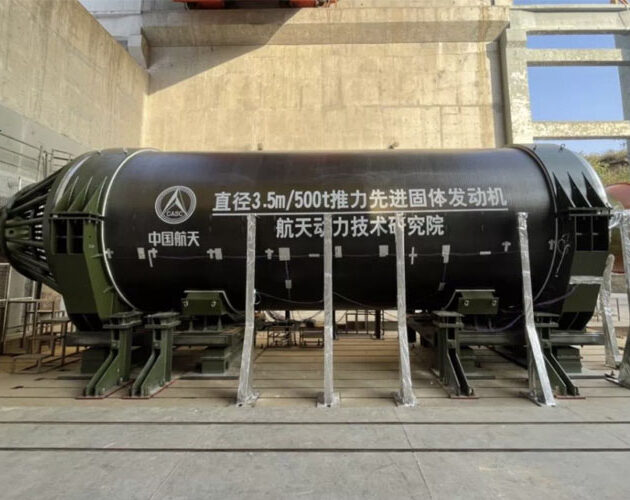 The engine has a diameter of 3.5 meters, 150 metric tons of solid propellants and a thrust power of 500 tons, making it the world’s most powerful and fuel-efficient integrated solid-propellant rocket engine, the academy said. It adopts a number of advanced technologies such as a high-performance fiber composite materials shell, a high-loading integrally cast-formed combustion chamber, and an oversized nozzle.

Conductive 3D prints with graphene in development by startups Graphmatech and...