Composites enable the first architectural project of Pininfarina in Brazil

Composites sector usually claims that freedom of design is one of the biggest advantages for those who project with the material. Something subjective, perhaps, until you see yourself in front of the Heritage facade, which Cyrela is finishing building in São Paulo, Brazil. 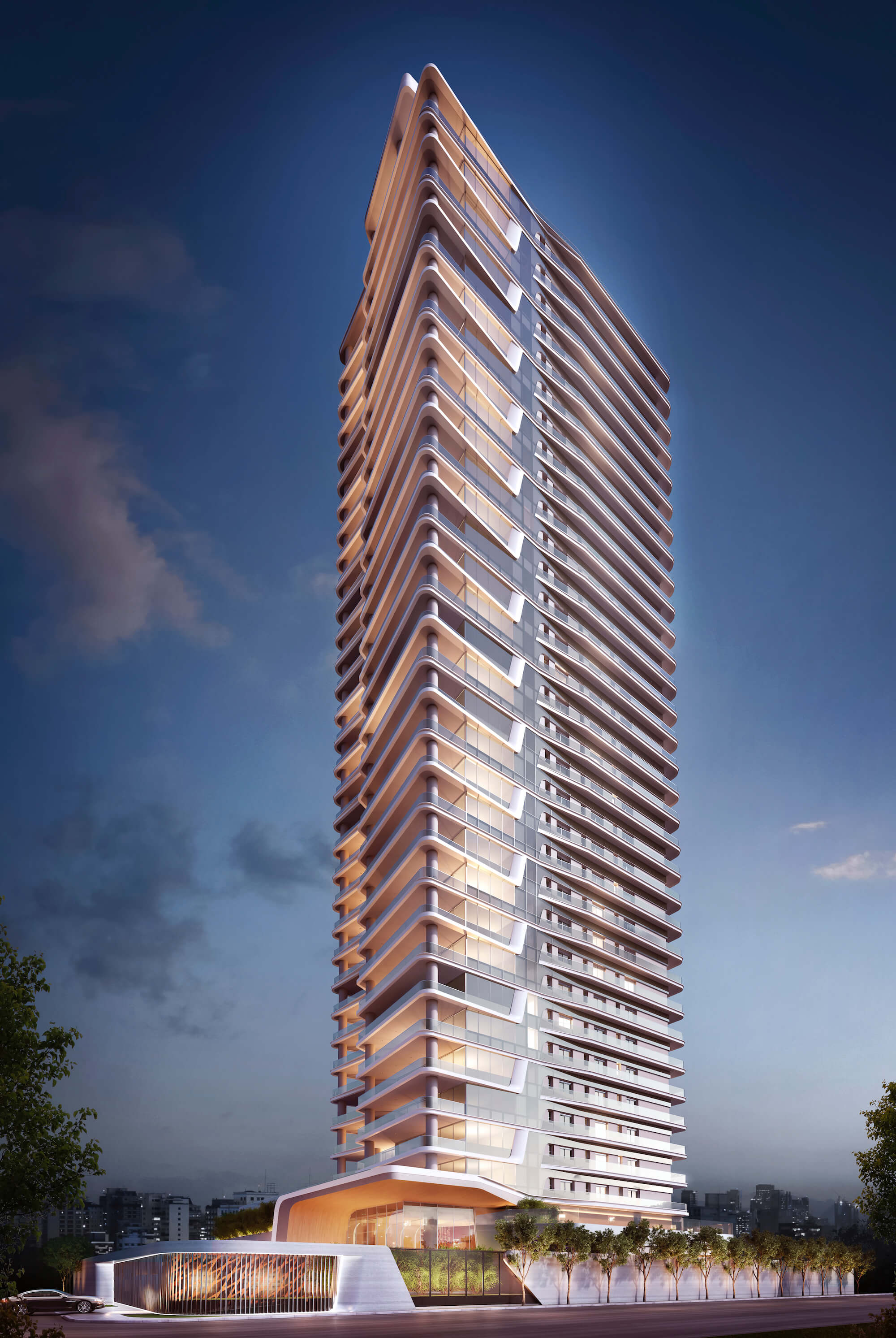 The first Brazilian development with a design signed by the Pininfarina studio – yes, the same as that of Ferrari cars –, Heritage has covering frames for the slabs made of composites manufactured by Gatron, a Brazilian reference in composite processing.

“This project is a milestone for the Brazilian composites market.”

To take the dynamic and curvy design created by the Italian studio off paper, Cyrela imagined having to use concrete, so much so that the slabs were structured to support several tons. Another possibility raised by the construction company was aluminm composite material (ACM) panels, but this alternative, because it requires many amendments, interrupted the fluidity of the lines designed by Pininfarina.

“In contrast, composites allow the manufacture of curved parts, almost seamless, light and resistant to corrosion and weathering.”

For comparison, one of the biggest components of Heritage frames – it resembles the letter “J” – is 4 m high and 6 m long. Its weight, in composites, is 250 kg, but it would be 1.5 ton if it were concrete. In the case of ACM, the plates have an average length of 1.5 m, against 8 m for composite panels. 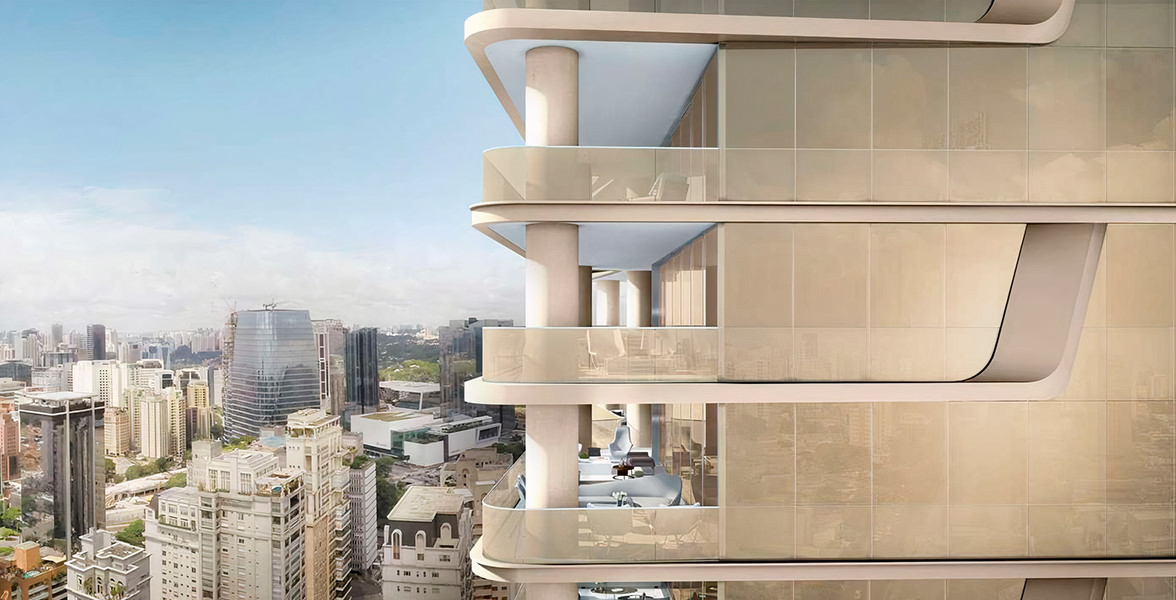 “We greatly reduced the number of amendments and, due to the high dimensional stability typical of composites, we perfectly align the pieces with the railings and the glass skins on the balconies, another requirement of the project”.

“The pieces only went to São Paulo after being dimensionally validated in the prototype.”

The maximum gap accepted by Cyrela – and fulfilled by Gatron – was only 2 mm. By the way, the concern with the dimensional was so great that Gatron even built a prototype of the Heritage slab in its factory. 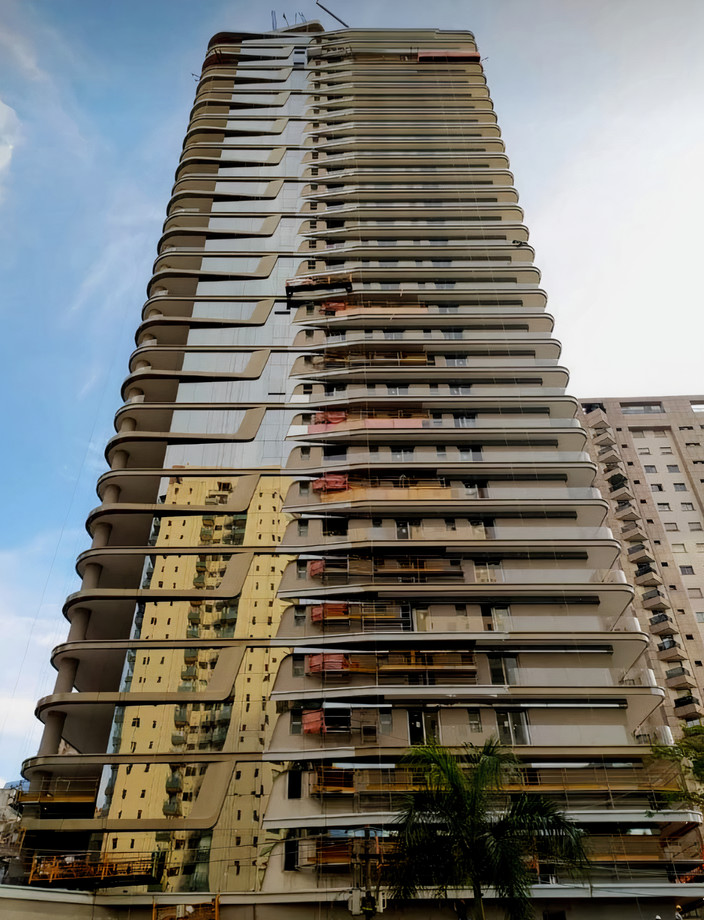 Automotive paint
With about one hundred people involved in the project, Gatron produced 3 thousand m² of composites frames for the slabs of 33 Heritage floores, hence the coverage, plus some pieces installed in the common areas. As it should be, all were painted with metallic paint based on polyurethane, the same used in cars.

The chosen manufacturing process by Gatron was the infusion, a technology commonly used in the manufacture of speedboats and wind blades. More: all the pieces were molded with self-extinguishing resins, in accordance with the strict requirements of Technical Instruction No. 10, of the Fire Department of the State of São Paulo.

The director of Gatron concluded:

“This work allows us to show Brazilian architects that composites are excellent allies to execute any type of facade. And, the best, with additional benefits to the freedom of design, such as lightness, durability and cost reduction, since they do not require a greater structure of the slabs.”