Graphite, one of the typical forms of carbon, includes graphene and carbon nanotubes (CNT) depending on the nanoscale form, which are also called nanocarbon. Graphene is a protective material offering flexibility and impact resistance properties while CNT provide improved fracture toughness and thermal conductivity properties obtained through epoxy resin addition. 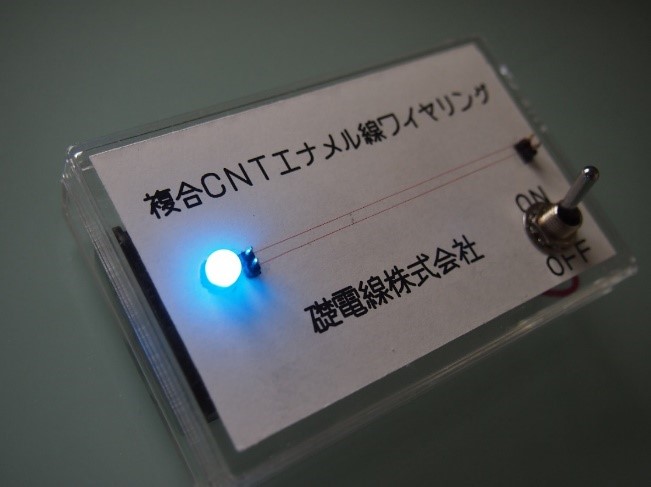 To diversify nanocarbon applications, new functionality is now required in addition to conventional properties. Sensing technology is attracting attention as one of these new functionalities.

Thanks to recent technological developments, nanocarbon has been included as one of the leading-edge industry design projects in Saitama Prefecture since 2014. As part of Saitama Prefecture’s initiatives in nanocarbon fields, the composite industry consortium formed by Saitama Industrial Promotion Public Corporation and Ishizue Magnet Wire Works is leading research and development on conductive CNT wire. In addition to being conductive because they have a π-conjugated system throughout the planar macromolecule, CNT also has fewer eddy currents, a density of 1.3-1.4g/cm3 and lightweight properties. Although it is said to show excellent conductivity due to the ballistic transport in CNT, the problem remains that the conductivity is not increased because of the shape heterogeneity, the lack of long fibre CNT and its insufficient synthesis.

The objective of research and development on conductive CNT wire is to obtain a level of conductivity equivalent to or higher than copper wire using CNT, thanks to a new concept of applying metal plating after putting CNT into a wire state. The conductivity of CNT wire has been steadily improved by reviewing its form and plating conditions. In addition to LED lighting, Ishizue Magnet Wire Works succeeded in producing coils for use in motors. 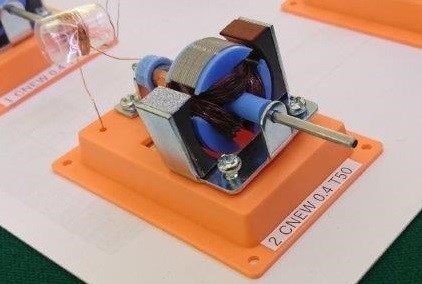 Among CNT, single-wall carbon nanotubes (SWNT) offer metallic and semiconducting properties depending on the arrangement of the carbon atoms. Since these CNTs can be separated on an agarose gel column for example, they can be used to produce temperature sensors. Specifically, it is possible to create a Seebeck element that measures temperature by applying the difference in Seebeck coefficient that generates voltage due to the temperature difference between metal CNT and semiconductor CNT. A gas sensor with a field effect transistor (FET) structure using semiconductor SWCNT is also a promising future application.

The CNT sensor made this way and the conductive CNT wire described above are different from those made of conventional metals. In addition to their low weight, there is less risk of electrical corrosion in CFRP and they are not brittle like ceramic materials.

Seeing CNT through their potential to bring sensing functions to composite materials is an approach that opens many expectations.