CRRC Zhuzhou exports a set of electric trains to the EU 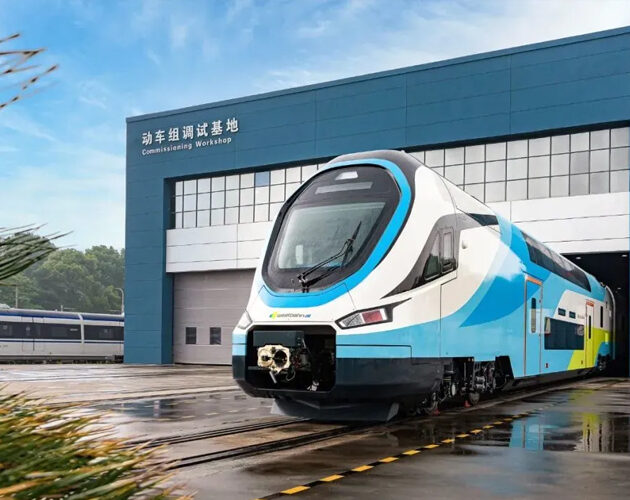 The set of trains, which can run at a top speed of 200 kilometers per hour, will be exported to Austria and used on railway lines in five European countries, including Austria, Germany and Hungary.

Independently developed by the Chinese company, the double-decker EMUs meet TSI standards, or the European union’s Technical Specification for Interoperability, according to CRRC Zhuzhou.

Sun Yongcai, president and chairman of CRRC said:
“Equipped with six carriages and 571 seats, the Electric Multiple Units can carry 1,280 passengers. The capacity of the train is 35 percent higher than that of a flat-layer train and thus eases capacity strains on busy European railroads.”

The train has a lightweight design and uses a large number of new composite materials such as lightweight, high-strength, corrosion-resistant carbon fibers and glass carbon fibers. The weight of the entire train is only about 10 percent higher than a single-level train.