Daher has evolved the composition of its Executive Committee, which welcomes the entry of three new industrial experts – including two women, in a first for this century-old group – who join the committee’s existing members. 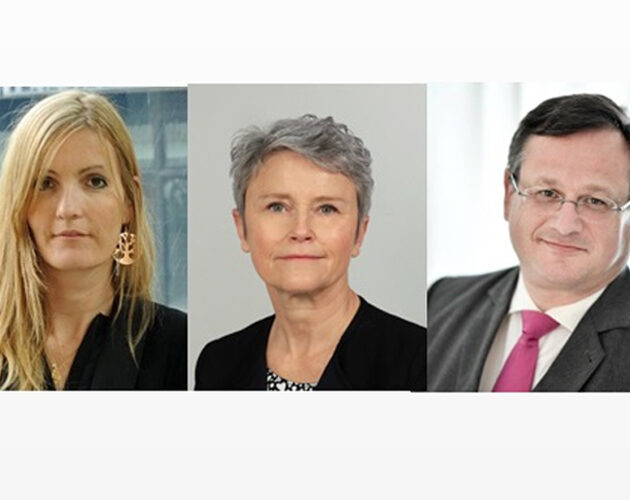 This Executive Committee updating, announced by Group CEO Didier Kayat, comes as Daher implements its restructuring plan to deal with the ongoing crisis in the aeronautics industry.

Daher is ready to meet the challenges of its sector with enhanced skills in the field of QSE (Quality, Safety and Environment), programs and industrial operations.

Marouchka Liarokapis, Senior Vice President – Quality, Safety and Environment
Marouchka Liarokapis, 46, takes over from Olivier Dumas as Senior Vice President of Quality, Safety and Environment. A recognized supply chain expert in heavy industry, she will be responsible for delivering quality excellence to the group’s customers through a focus on employee safety at work during the current health crisis.

Marouchka trained as an engineer (at Télécom Paris/École Nationale Supérieure des Télécommunications) before starting her career in 1998 at General Electric, and then working at Areva from 2005 until 2012.

In 2013, she was hired by Framatome as Supply Chain Director for the Fuel Business Unit and served as a member of the Executive Committee. Marouchka joined the Daher team, first as Director of Programs at the Advanced Technologies Business Unit, and then as Supplier Performance Purchasing Director.

Julie de Cevins, Senior Vice President – Programs
Julie de Cevins, who has served as Daher’s Aerospace and Defense Program Vice President since 2018, has been appointed as the Group Senior Vice President – Programs within the Executive Committee. She will be responsible for providing support to customers across all of the group’s major projects as preparations are underway for the next generations of aircraft, and Daher positions itself with its know-how as a key player when the aerospace sector rebounds.

Julie, 56, completed a dual curriculum in engineering (EPF graduate school of engineering/ISAE-Supaéro) and managerial (Executive MBA from CPA Toulouse) before successively joining Thales, Altran Technologies and Airbus as an engineer from 1988 to 1998.

She then continued her career at Honeywell Aerospace through 2015, first as Avionics Sales Manager, then Airline Key Account Manager, European Program Director and finally as Vice President – Business Aviation for Europe. In 2015, she joined Assystem Technologies as Vice President – Aerospace.

He will be responsible for all industrial operations, including the management of factories, purchasing and industrial strategy. His goal is to meet the challenges of competitiveness and technological transformation in the group’s industrial facilities. Laurent, 54, followed a dual curriculum in engineering (École Polytechnique/École Nationale des Ponts et Chaussées) and managerial (with an MBA from the Collège des Ingénieurs).