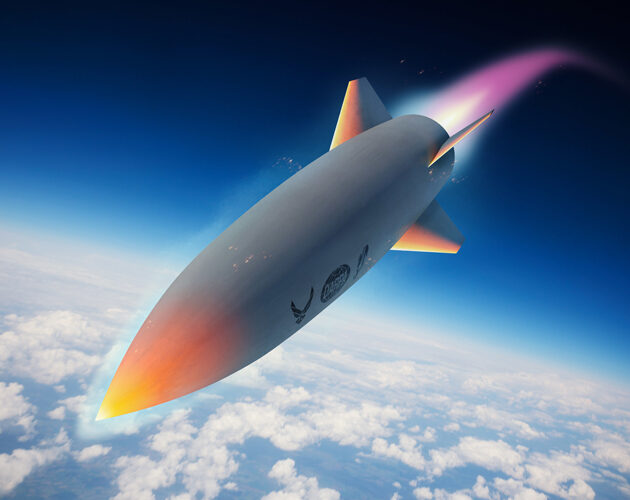 DARPA and its U.S. Air Force partner recently completed a free flight test of the Lockheed Martin version of the Hypersonic Air-breathing Weapon Concept (HAWC). The vehicle, after release from a carrier aircraft, was boosted to its Aerojet Rocketdyne scramjet engine ignition envelope. From there, it quickly accelerated to and maintained cruise faster than Mach 5 (five times the speed of sound) for an extended period of time. The vehicle reached altitudes greater than 65,000 feet and flew for more than 300 nautical miles.

“This Lockheed Martin HAWC flight test successfully demonstrated a second design that will allow our warfighters to competitively select the right capabilities to dominate the battlefield,” said Andrew “Tippy” Knoedler, HAWC program manager in DARPA’s Tactical Technology Office. “These achievements increase the level of technical maturity for transitioning HAWC to a service program of record.”

Air-breathing vehicles utilize air captured from the atmosphere to achieve sustained propulsion. The speed and maneuverability of such hypersonic cruise missiles allow both evasion of defenses and quick strikes. Their kinetic energy can effectively destroy targets even without high explosives.

“We are still analyzing flight test data, but are confident that we will provide the U.S. Air Force and Navy with excellent options to diversify the technology available for their future missions,” said Knoedler.

“Our work with DARPA and AFRL on the HAWC program demonstrates that air-breathing hypersonic systems are a cost-effective solution to address rapidly emerging threats in the global security arena,” said John Clark, vice president and general manager Lockheed Martin Skunk Works®. “The success of this flight test is evidence that a strong partnership between government and industry is key to solving our nation’s most difficult challenges and enabling new capabilities to counter threats to U.S. and allied forces.”