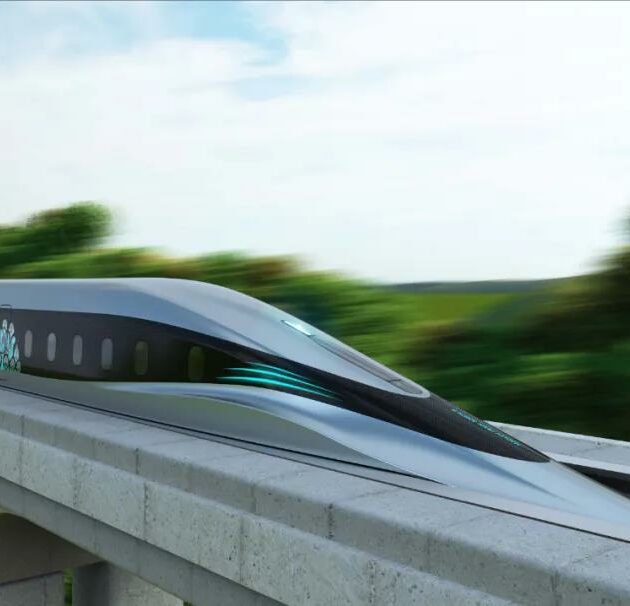 Many new technologies are incorporated in the prototype, such as the ones for full carbon fiber lightweight body, low resistance locomotive shape, and high temperature superconducting maglev with large load capacity. At the design speed of 620 km/h, the vehicle is expected to create a new speed record for land transportation in atmospheric environment and in future bring proactive and disruptive changes to rail transit industry with the application of low vacuum tube (tunnel) technology.

Southwest Jiaotong University, the birthplace of the high temperature superconducting maglev technology, has been active in the basic theoretical research and key technology innovation since the 1980s. In 2020, the University collaborated with China Railway Rolling Corporation (CRRC), China Railway Group Limited, and other institutions and companies, embarked on the manufacture of the prototype and test line, and built the integrated high-temperature superconducting high-speed maglev transit system.

Ashland LLC was honored as MFG’s Supplier of the Year