Like black swans, the ability to fly cargo at the cost of road freight has long been considered impossible to exist. Few days ago, the world witnessed the unveiling of an advanced new concept in airfreight that pushes the limit of what’s possible, ushering in a new era for the global freight industry. 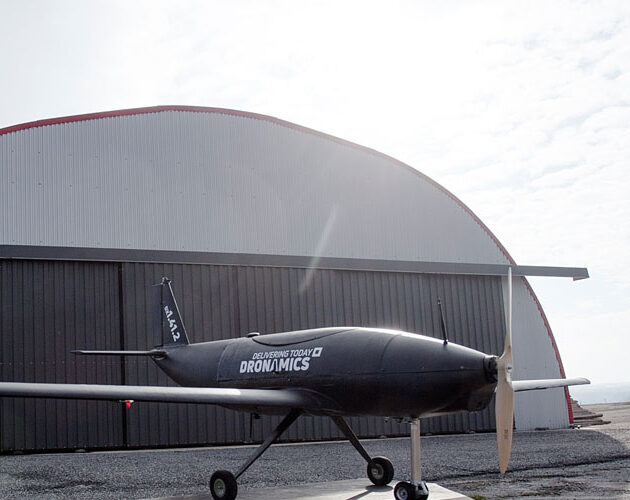 On the 7th of December, 2021 at Sofia Airport in Bulgaria, Dronamics has revealed to the world The Black Swan – an advanced unmanned airplane that is the most fuel-efficient cargo airplane ever built.

Deceptively simple, the Black Swan isn’t just another UAV, it’s a whole new class of aircraft. Able to carry up to 350 kg of cargo at a distance of up to 2,500 km at up to 80% lower cost than any aircraft in existence, the Black Swan can operate from runways as short as 400 meters, unpaved, and enable Dronamics to serve customers in even the smallest and most remote communities, ushering in a whole new era in fast, affordable airfreight for the whole world.

No longer will anyone be forced to choose between low-cost road freight that can take days to deliver or fast air freight that is ever so expensive. Same day, affordable airfreight is finally here.

“The unveiling of the Black Swan represents a critical milestone in the company’s mission to enable same-day shipping for everyone everywhere. The years of hard work are paying off and as soon as we’re done with our extensive test program and obtain certification in 2022 we are going to begin commercial operations, serving customers in Europe and beyond years ahead of everyone else.”

As a leader in cargo drones, Dronamics plans to roll out a global network of droneports allowing the Black Swan to provide the critical missing “middle mile” in air freight. Whether ferrying vital supplies between islands or delivering critical spare parts deep into a country, Dronamics will link towns and cities around the world with each other in a way simply never possible before.

“For more than 100 years people have designed airplanes for humans first, meaning they were never really optimized for cargo, and in fact, they’re quite inefficient. By being extremely focused solely on carrying cargo, we were able to develop an aircraft that is able to do the job at up to 80% lower cost than any other airplane, meaning we can bring the benefits of aviation to billions of people around the world who do not get regular air service.”

Able to run on 100% sustainable aviation fuel, it will do so in a more environmentally friendly manner than any previous aircraft in existence, enabling global partners like DHL and Hellmann Logistics to not only serve their customers in the fastest way possible, but also in the greenest one as well.