Eastman Machine Company celebrated a commitment to its global growth, the future of its employees, and its close hometown ties by breaking ground on its expansion. The 7,500-square-foot expansion of the facility will provide necessary capacity for the company to accommodate the accelerated development and scope of its work. 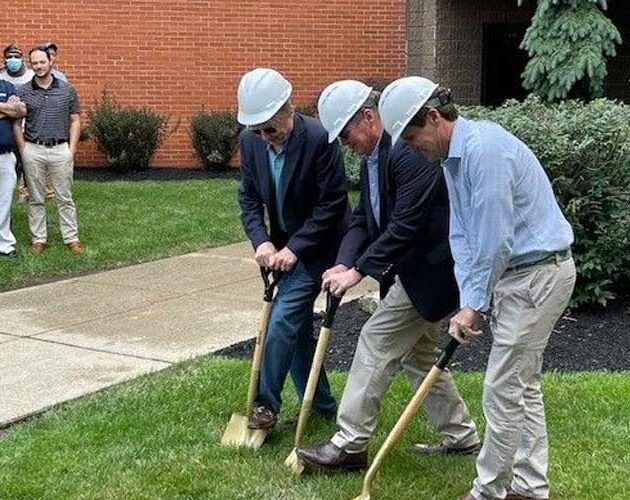 The ceremony commenced the seventh expansion of Eastman’s headquarters in downtown Buffalo, NY. Robert Stevenson, fourth-generation CEO, believes his team is the sole reason the company continues to evolve and expand capabilities after 133 years in business. “We wouldn’t be here today without each and every single one of you,” says Stevenson, speaking to the crowd of employees. “This expansion is proof of our team’s strength, agility, and dedication to customers.”

In addition to the expansion, Eastman Machine recently acquired 707 Washington Street and will now occupy the entire city block between Washington and Ellicott streets, south of Goodell Street and north of E. Tupper Street. The neighboring building is a unique space of 12,589-square-feet and, once renovated, will serve as additional manufacturing floorspace.
In the main building, Eastman plans to create a robust demonstration and research center for its cutting technology and solutions. Functional exhibition space is vital for daily operation at Eastman. To Stevenson, personalized service and support are what separates Eastman from its competition.

“It’s an innate step forward for Eastman,” says Stevenson. “We need the room to continue giving our customers and prospects individualized attention.”