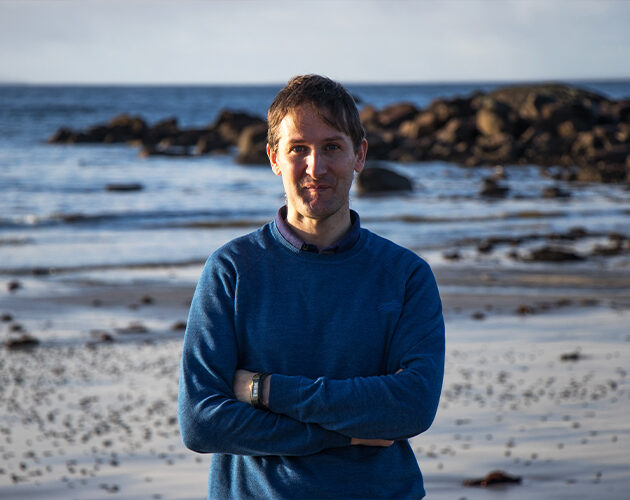 The CRIMSON* marine turbine project has been funded by the European Commission via Fast Track to Innovation (FTI) programme. In the only Irish-led project to receive funding, Galway based ÉireComposites secured €3 million for this project and will lead the international consortium of four other organisations; ORPC (Ireland, Canada and U.S.), NUI Galway, Mitsubishi Chemical Advanced Materials (MCAM, Germany) and Consiglio Nazionale delle Ricerche (CNR, Italy). The total project is valued at €3.9m.

The CRIMSON project plans to bring to market ORPC’s reliable, sustainable marine energy river and tidal turbine with foils made entirely of recycled carbon fibre, while also reducing capital expenditure and operating expenditure by 33% and 66%, respectively.

In the short term, the immediate impact of the adoption of this product into the market is renewable marine energy will replace energy produced by fossil fuels. The longer term impact of CRIMSON will demonstrate that this technology has the potential to generate gigawatts of clean energy from river and tidal currents. It is estimated that there is some 615 TWh/Year per year of harvestable energy from tidal streams, ocean currents, and riverine currents and marine hydrokinetic power systems can harvest that energy.

The energy output of 615 TWh/Year is estimated to be approximately 20 times Ireland’s annual electricity usage. Therefore, the impact is two-fold; firstly, reducing manufacturing costs and, secondly, significantly reducing the environmental footprint of the materials employed in the turbine, leading to a more sustainable model of manufacturing within the sector.

This project furthers the partnership between ÉireComposites and ORPC who have worked together to build previous iterations of ORPC’s turbines. In 2019, ORPC’s first commercial RivGen Power System was installed to power the remote community of Igiugig in Alaska, using sustainable, predictable local energy from the Kvichak River. The RivGen Power System offers a no carbon, low noise option, positively impacting local economies and enhancing ecotourism opportunities.

“At the conclusion of this project, we will have delivered a product that will have a positive impact on both the renewable energy sector and wider society. There is no doubt that society is progressing towards greener communities and I believe CRIMSON will play a positive role in this transition in terms of driving down costs for both the industry and consumers but also increase the productivity of the renewable energy sector,” concluded Mr. Flanagan.

“We at ORPC are very excited to commence work on the CRIMSON project. ORPC have been growing operations in Ireland and Europe over the past several years and we see the technological advancements we will achieve with the CRIMSON project as crucial in commercialising our marine energy systems in the region. ORPC’s river and tidal devices involve deployment, anchoring and converting the energy from free-flowing rivers and tidal currents into sustainable renewable energy. Having worked with ÉireComposites and NUI Galway on previous and current Sustainable Energy Authority of Ireland (SEAI) projects, we look forward to working with them on developing our megawatt-scale turbine and we are confident in the team’s ability to achieve the ambitious targets laid out by the CRIMSON project.”

Commenting on this announcement, Professor Jamie Goggins, Director of Research & Innovation in the School of Engineering of NUI Galway and Principal Investigator in the SFI MaREI Centre said “We are excited to be starting the H2020 CRIMSON project, which advances our previous research and development with ÉireComposites and ORPC. It is through these types of collaborations that we have developed a world leading laboratory for designing, modelling and testing tidal turbine blades, having applied the highest load to be ever reported in the world onto a tidal turbine blade in 2020 and having one of the most advance design tools and fatigue testing capabilities world-wide for mechanically testing blades and foils for tidal and river current turbine technology.”

The project is a continuation of previous research conducted by the Sustainable Energy Authority of Ireland (SEAI) and is supported by Údarás na Gaeltachta and Enterprise Ireland, who continue to assist the work undertaken by ÉireComposites.