Fairmat, a French deep-tech company specialized in the virtuous recycling of carbon composites, is announcing a first R&D agreement to recover carbon fiber composite parts contained in end-of-life aircraft parts, that are deconstructed and recycled by Tarmac Aerosave, a subsidiary of Airbus, Safran Aircraft Engines and Suez. Fairmat will recover them and analyze the possibilities of giving them a second life. If this is successful, they could be signing a commercial agreement for the industrial recovery of carbon composites. 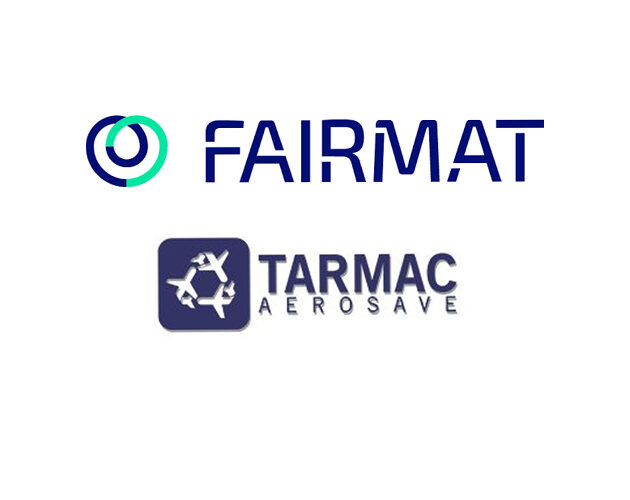 Fairmat, a French deeptech company specialized in the virtuous recycling of carbon composites, and Tarmac Aerosave, an European leader in storage, maintenance, transition and recycling of aircrafts (whose structures include increasingly more composites), have announced that they are signing a major R&D contract.

As part of this partnership, some of the end-of-life aircraft parts containing carbon fiber-reinforced composites processed by Tarmac Aerosave will be recovered by Fairmat, who will transport them to Fairmat’s production site, Fairfactory, located in Bouguenais (44). Their compatibility with the Fairmat industrial process and the possibility of giving them a second life will then be analyzed. If this is successful, they could be signing a commercial agreement with Tarmac Aerosave for the industrial recovery of all the parts made of carbon fiber-reinforced composites.

Fairmat continues the industrial deployment of its technology

Fairmat has developed a virtuous recycling technology, capable of making the production of carbon fiber reinforced composites circular, which gives this high value-added material a second life. The carbon and the resin are mainly cold-processed, which makes it possible to reduce energy costs in particular and to avoid landfilling or incineration the way it is normally done. Thanks to this process, Fairmat is generating a positive impact on the environment because it prevents the emission of 41 kg of CO2 emissions per kg of recycled carbon composite. Fairmat is aiming for a capacity of 5,000 tons of recycled material per year at this first production site.

Alexandre Brun, president of Tarmac Aerosave, said: “We are delighted to have signed this partnership with FAIRMAT, which looks extremely promising to us. It will allow us to effectively complete our recycling offer by significantly increasing the recovery rate for each device. Their promising technological process is an important industrial innovation that will give aircraft parts that are no longer airworthy a second life. In addition, this partnership allows TARMAC Aerosave and Fairmat to be ready to recycle the latest generation of parts for long-haul aircrafts, whose structures include increasingly more composites, such as the A380, A350 and B787.

Benjamin Saada, Fairmat’s founding president, adds: “Besides industrial production waste, carbon fiber composite materials resulting from dismantling are the second source of waste that we absolutely need to capture to stop landfills and incineration. This R&D contract with TARMAC Aerosave positions Fairmat as a global technology leader in the fight against CO2 emissions from dismantling carbon composite parts. A strategic challenge for the entire European aeronautics, wind energy and now also hydrogen industry “.