The company’s plans for the funds include accelerating the deployment of its robotized industrial capabilities to recycle carbon-fiber composites, expanding internationally, and entering new verticals with its sustainability solutions. 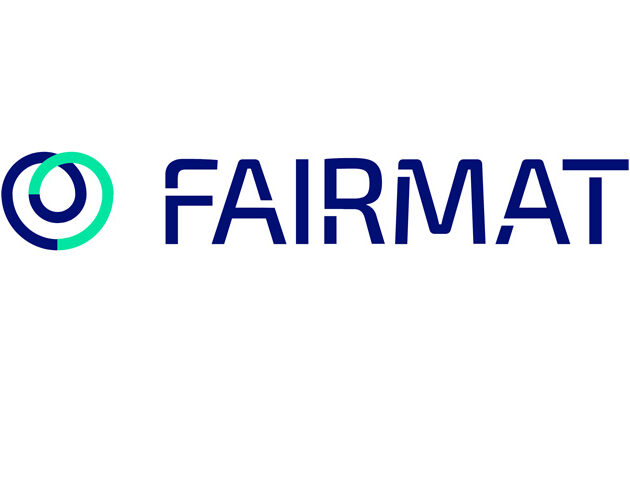 Fairmat, the Paris-based sustainable deep tech start-up pioneering the recycling of advanced materials, announced that it has completed its Series A funding round at a total of 34M€, one of the largest Series A rounds for a deep tech startup in both France and Europe as a whole this year.

This oversubscribed financing operation was co-led by Singapore investment company, Temasek and the Belgian group Compagnie Nationale à Portefeuille (CNP/Groupe Frère), and with participation from a group of investors including original seed funding VC Singular, Swiss-based wealth and asset managers, Pictet Group, and The Friedkin Group International, the London-based investment arm of an American consortium of automotive, hospitality, entertainment, sports and adventure companies. Prominent business angels like Danone CEO Antoine de Saint-Affrique, other CEOs and founders of successful tech startups also joined in this round.

“Recycling advanced materials like carbon fiber composite is one of the strongest actions we can take to accelerate the decarbonization of the manufacturing sector,” declared Ben Saada, Fairmat’s CEO. “Today, we are thrilled to see our vision of a next generation of materials coming to life as we are accelerating our production and expanding our international development.”
In the two years since its founding, FAIRMAT has made remarkable progress: securing more than 35% of European scrap supply, generating commercial interest for its products, opening its first factory, and building a team in line with its aspirations.

The company will use the funds to accelerate the deployment of its robotized industrial capabilities, including the ramp up of its newly inaugurated automated sorting plant, which will host over a hundred robots and be able to handle up to 3,500 metric tons of scrap per year. Additionally, the company will be expanding internationally into new markets, starting with the United States in 2023 and Spain, Germany, soon after. As part of this expansion, Fairmat will also grow its global team from 80 in 2022 to 400 people by 2025, seeking to recruit the best talent in robotics and data science.

Entering new verticals is also part of the plan, as Fairmat looks to leverage its Materials business unit for greater sustainability impact in sectors as large as consumer electronic goods, mobility, sports and leisure.

Fairmat’s solution is coherent with current environmental priorities (lifecycle analysis achievements, ESG roadmap and certification objectives). This investment will help make sure that the deep tech startup becomes a key tech player in Europe’s circular economy landscape – and beyond.

In accordance with the principle of fairness that Fairmat has put front and center in its mission, the company also has chosen to receive participation from Phiture: the first 100% non-profit tech investment fund launched by Raise Sherpas. At the heart of its model, all the earnings generated will be redistributed for the benefit of projects working for the common good, addressing three issues: environmental protection, entrepreneurship for vulnerable groups and job creation. “We are convinced that thanks to our investment in Fairmat, the company and its mission’s success will play a critical role in reducing inequality and promoting sustainable development,” said Noé Gersanois, co-head of Raise Sherpas.

The new investment brings FAIRMAT’s total funding so far to 44M€ after a seed round in September last year.

“Fairmat has developed its breakthrough technology and new materials rapidly and with greater capital efficiency thanks to the team’s immense ingenuity in robotics and material research science. Their approach is fundamentally game-changing at scale, and aligns with CNP’s ambition to support sustainable growth champions,” said Benoit Robertz, partner at CNP.

“This investment is a clear sign of investors’ faith in the growing need for decarbonization solutions, and we are convinced that Fairmat is well positioned to become a global leader of the technological shift towards a more sustainable approach in manufacturing. The company’s exceptional team has demonstrated how so-called frontier technology’s bottlenecks can be overcome at record-speed,” said Raffi Kamber, co-founder of Singular.

“The use cases for carbon fiber composite in the Automotive industry are numerous. Fairmat will fill a gap in the supply chain for sustainably-made advanced materials. We want to be part of that journey, and help Fairmat expand into the USA.” said Danny Friedkin, Principal of The Friedkin Group International.