Fire, smoke, and toxicity requirements for composites in trains and trams

Considering the fire, smoke, and toxicity properties of the materials used in transport systems, such as buses, trains, and trams, can mean the difference between life and death. Reinforced fiber composites designed to resist the spread of fire and suppress smoke and toxic gases can give people valuable seconds and minutes to evacuate in an emergency. Here, Eric Moussiaux, VP technology at Exel Composites, discusses how engineers consider the FST properties of composites in public transport vehicles. 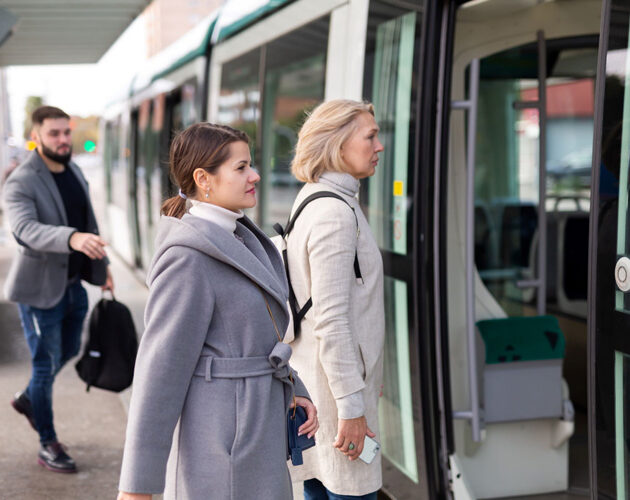 The safety-critical nature of public transport vehicles means that decisions around their design and construction are primarily led by safety regulations. While there is no unifying standard for cars, in Europe there is EN 45545 for trains and trams, and UN ECE Reg.118 for buses. These standards specifically cover those types of transport intended to carry passengers and staff and do not include freight transport.

The more stringent among these standards is EN 45545, the objective of which is to “minimize the probability of a fire starting, to control the rate and extent of fire development and through this, to minimize the impact of the products of fire on passengers and staff.”

Hazard levels
Of course, this objective must be considered in the context of the train’s operation and design. The standard specifies four operation categories, including whether the train travels overground, regularly through tunnels and on elevated structures, how far the nearest emergency stations are situated, whether side evacuation is possible, and how quickly the train can come to a stop.

These operation categories are set against four design categories corresponding to the letters ADSN. ‘A’ covers vehicles that form part of an automatic train having no emergency trained staff on board, ‘D’ is double-decked vehicles, ‘S’ is sleeping and couchette vehicles, and ‘N’ covers all other standard vehicles.

It is the combination of the operation and design that defines the severity of the hazard, which is classified in three levels: HL1, HL2 and HL3. The hazard levels, in turn, dictate the criteria for materials that can be used.

The role of composites
Large parts of modern trains, trams, and buses are made up of pultruded, reinforced fiber composites typically made from glass fiber and carbon fiber. The choice between various materials often comes down to balance between mechanical properties, cost, FST compliance, and the complexity of shape.

Therefore, composites are a versatile choice of material, valued not only for their light weight, fuel-saving impact, and structural strength, but also their ability to increase part functionality, resist corrosion, provide thermal insulation, and a surface for durable paint coatings.

Each component in one of these 26 groups must comply to a different set of FST requirements for the 3 hazard levels of trains, chosen from a total of seventeen test methods. Composing your composites quickly becomes a complex technical competence.

Ceiling composites
Because the FST requirements cover such a vast number of product groups, each with their own tests, it’s worth looking at one example for context. Let’s take ceiling composites, which fall into product group IN1B. This includes all interior horizontal downward facing surfaces, including ceiling paneling, flaps, boxes, hoods, and louvres. IN1B products must comply to the R1 set of requirements and satisfy five tests, which include lateral flame spread, heat release rate, smoke generation, optical density, and toxicity.

Three of these tests: smoke generation, optical density, and gas analysis, are satisfied by the requirements of EN ISO 5659-2, a test that determines the optical density of the smoke produced from a horizontally placed specimen subjected to specific thermal radiation in a sealed chamber. The emitted smoke is collected in the chamber and a light source, and a photocell are used to measure the specific optical density, or transparency of the smoke.

A sample of the smoke is also taken from the chamber and FTIR analysis is used to determine the presence of toxic substances including carbon monoxide, hydrochloric acid, hydrogen bromide, hydrogen fluoride, hydrogen cyanide, nitrous oxides, and sulphur dioxide.

Choosing the right composites
When sourcing composites, engineers should consider those that contain flame retardant additives, which reduce or delay the combustion process using halogen-free substances such as aluminum trihydrate (ATH), which give off far less toxic smoke when burned compared to traditional halogenated additives used in non-transport applications.

Another key consideration is finding the right shape of profile. Instead of using multiple discrete parts, composites can combine complex geometries into a single profile that meets FST, structural and aesthetic needs.

This is where it can be valuable working with a composites partner such as Exel composites that understands the specialist pultrusion manufacturing techniques to produce composites in a variety of complex profiles in a wide range of reinforcements including glass and carbon fibers, combined with resins such as polyester, polyurethane, and epoxy depending on needs.

By making the right operating, design, and FST choices, manufacturers of buses, trains and trams can give passengers ample time to get to safety.