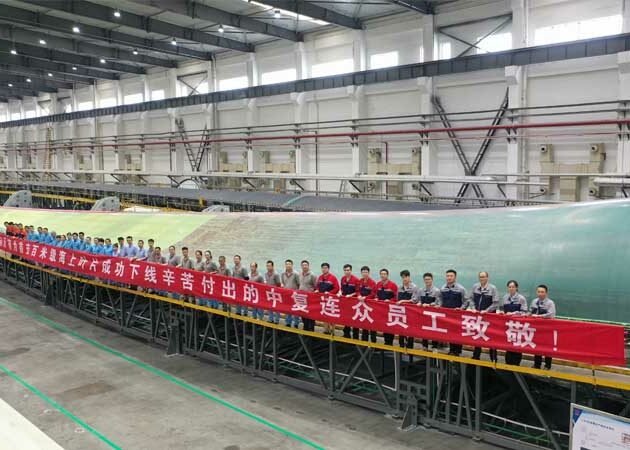 Zhongfu Lianzhong is one of the earliest enterprises engaged in the development, design, production, testing and service of megawatt fan blades in China, with a strong R&D team, the largest blade production base and the most complete blade series products. Over the past ten years, Zhongfu Lianzhong and Electric Wind Power (part of Shanghai Electric group) have continuously expanded the scope, fields and ways of cooperation and established a long-term and stable cooperative relationship. The S102 blade produced this time is another important achievement of cooperation between the two companies.

The annual power generation capacity of this leaf-type single unit can meet the annual electricity consumption of 50,000 households, which is equivalent to reducing 50,000 tons of carbon dioxide emissions every year.