Flying Whales closes its third round of financing for €122 million, to design a new industrial era of low-carbon cargo transport

Flying Whales, the French company behind the major industrial program LCA60T (the development of a heavy-lift airship solution and its operating ecosystem), welcomes funding from the French government – via French Tech Souveraineté, which is part of the France 2030 program led by the General Secretariat for Investment (attached to the Prime-Minister’s Office) and operated by Bpi france – and the Principauté de Monaco, via the Société Nationale de Financement. This 122 million euro round of financing, which was also carried out with historical shareholders including the Quebec government, via Investissement Québec, will enable the company to finalize its aeronautics program. 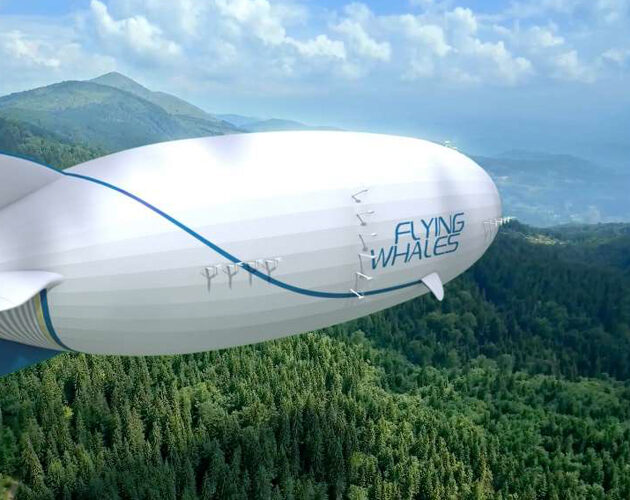 Flying Whales, an industrial start-up supported by a diversified and strategic shareholder base:

The company, already surrounded by an industrial consortium of some 40 French and Canadian aeronautical companies, is strengthening its shareholding through a third round of financing. The transaction, arranged by JP Morgan, includes the participation of the French government – via French Tech Souveraineté, operated by Bpifrance – and the Principauté de Monaco, via the Société Nationale de Financement, which join the Government of Quebec, already a 25% shareholder via Investissement Québec, which will reinvest in this new round of financing.

Sébastien Bougon, Chairman & CEO of  Flying Whales said: “This last of the three stages of Flying Whales’ equity financing plan is the culmination of the extraordinary work done by our employees, our aeronautical consortium, and all the other partners who are supporting this ambitious industrial project with multiple components. The aeronautical program and its industrial implementation are well underway, and the development activities for the future airline and airport company (Flying Whales Services) will be mature enough in 2023 to be spun off into a subsidiary, and thus accelerate both our already promising commercial activities and the implementation of the resources necessary for future LCA60T operations. Finally, 2022 and 2023 will see the entry of one or two new strategic countries, such as Canada/Quebec, to accompany the geographic deployment of this new transport infrastructure.”

A fundraising that symbolizes the transition from engineering to production operations:

This fundraising will allow Flying Whales and its industrial consortium to finalize the development of the LCA60T aeronautical program in France and Quebec and to accelerate the work necessary to launch Flying Whales Services, the solution’s operating company.

The industrial project has benefited from the continuous support of the French and then Quebec public authorities, since 2017 around the structuring programs for the development of the industry developed by the SGPI and piloted by Bpifrance, as well as the Quebec Ministry of Economy and Innovation. This project is also supported by several French regions, most notably the Nouvelle Aquitaine Region, a shareholder in Flying Whales and the location of the French production site.

“France 2030’s mission is to support all innovative solutions to meet environmental and societal challenges. By placing our confidence in Flying Whales, we are participating in the development of new forms of mobility for the future,” said Bruno Bonnell, Secretary General for Investment (attached to the Prime- Minister’s Office), in charge of France 2030.

For Emmanuel Audouard, Director of Bpifrance’s cross-functional venture capital investment division, “Flying Whales is one of the major bold industrial projects that have the ambition to profoundly revolutionize transportation as we know it, while contributing to its decarbonization. Bpifrance is delighted to support the Flying Whales teams in this new phase of its development, towards the marketing of the LCA60T.”

Pierre Fitzgibbon, Quebec’s Minister of Economy and Innovation and Minister responsible for Regional Economic Development, said: “With these new solid French partners, Flying Whales is taking another step in its growth, where Quebec expertise will enable the development of a new generation of aircraft. Quebec is a world leader in aerospace. We must focus on innovation to keep this strength here and create economic spin-offs here.”

For Jean Castellini, Government Counsellor – Minister of Finance and Economy of the Principauté de Monaco: “With its participation in Flying Whales, the Principality, in line with the commitments of H.S.H. Prince Albert II, will strengthen its presence through investments in companies that provide innovative solutions to effectively combat global warming.”

For Alain Rousset, President of the Regional Council of New-Aquitaine: “This is a breakthrough technological project, unique in Europe, which combines reindustrialization in rural areas and ecological transition. We believed in it from the start when it was presented to us in 2017. This giant airship, designed to transport heavy loads of up to 60 tons from point to point with a low environmental footprint, brings us into the era of sustainable goods transport. The New Aquitaine Region, which has always placed innovation at the heart of its economic policy, was keen to win the battle to attract this emblematic project to our territory.”