This “skateboard” is dedicated for class 8 tractor and straight trucks, ranging from 18t to 44t – either hydrogen or all-electric – for long haul and short haul applications. It consists of a rolling, versatile and modular platform designed for the various market players. 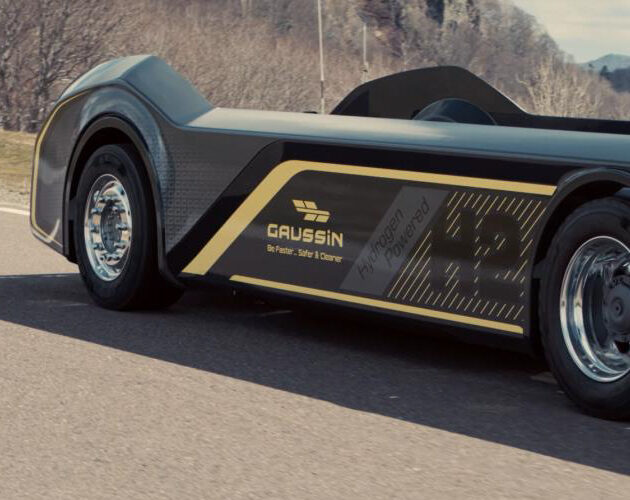 The solution is aimed at traditional truck manufacturers new entrants, as well as bodybuilders and autonomous navigation software players. More broadly, the skateboard targets all players wishing to have access to a hydrogen and electric platform for clean and intelligent transport.
To accelerate time-to-market, Gaussin plans a global rollout as early as 2021 through an assembly and marketing licensing program.

The skateboard: an essential road truck technology, ready to be customized
The skateboard contains the key components and systems to produce next-generation road trucks, including an ultra-light chassis developed by Magna that weighs 400 kg less than other chassis on the market, as well as hydrogen tanks, fuel cells, electric motors, drives, axles and suspensions.

The primary objective of the zero-emission skateboard is to accelerate the transition to clean and intelligent solutions for freight transportation.

Global road truck players will be able to access these platforms as early as 2021 in order to integrate their own cabs, software and equipment configurations – making the skateboard the core truck technology for a variety of applications such as transporting semi-trailers, boxes, tippers, tanks or drums with capacities ranging from 18 to 44 tons.

Examples of technologies integrated into the skateboard to facilitate its adoption include a universal plate to attach equipment to the skateboard, and an open interface for external autonomous driving software.

Creation of a subsidiary dedicated to road trucks
The Gaussin Group is creating a road truck subsidiary and allocating dedicated resources to meet the specific needs of the sector.

Worldwide deployment through a licensing model
Gaussin’s objective is to produce the skateboard through a network of licensees in order to accelerate its international deployment. An ambitious program of 41 licenses over 36 months would enable Gaussin to capture 5% of the clean-energy truck market, or cumulative sales of 450,000 vehicles by 2031.

“For the first time in the world of heavy trucks, GAUSSIN has created a versatile platform enabling the various players in the sector to achieve an extremely rapid time-to-market. The solution will enable them to save precious time in project development, at a time when the heavy goods vehicle market is changing rapidly and innovation is a key differentiating factor, more than ever”, explained Jean-Claude Bailly, Managing Director Truck & Bus Division of GAUSSIN.

“With this hydrogen and electric skateboard, a world premiere, Gaussin reaffirms its pioneering role in ecological transition and the development of low-carbon mobility solutions. The skateboard is fully in line with the Group’s global mission and gives Gaussin a central role in the entire ecosystem”, said Christophe Gaussin, CEO of GAUSSIN.