Gaussin will compete in the Dakar Rally with hydrogen-powered trucks

Partner of the Rebellion team in 2021, the Group will participate in a world premiere with a 100% hydrogen Gaussin truck in the 2022-2024 editions of the annual rally raid. 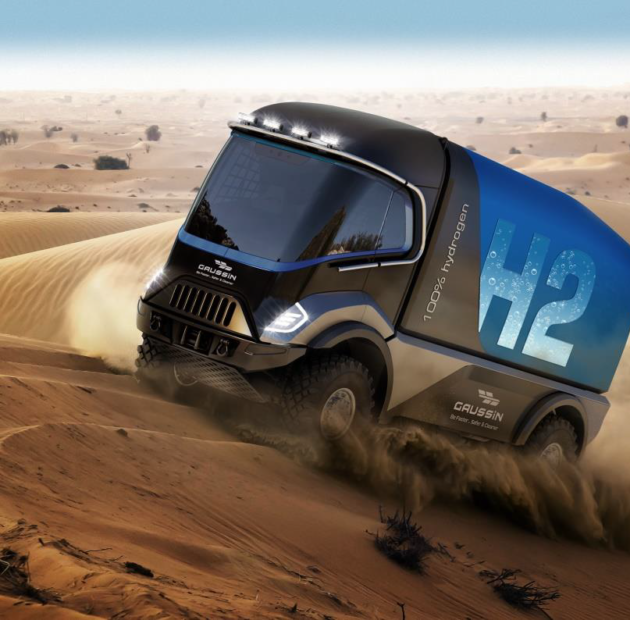 Gaussin a leader in clean and intelligent freight transportation, announces its participation in the world’s largest rally raid, the Dakar, as a partner of the Swiss Rebellion team for the 2021 edition and then as a participant in the race under the Gaussin banner starting with the 2022 edition.

Gaussin’s support in January 2021 to the Swiss Rebellion team, which is equipped with two cars and an assistance truck, will enable the Group to prepare for Dakar 2022 and to familiarize itself with the race environment through observer status.

From the 2022 edition, and until at least 2024, Gaussin will be the first team in the world with 100% hydrogen trucks to compete in the famous rally. The Group will participate with its own hydrogen vehicles, designed especially for the event. Gaussin will call on a team of experienced drivers for the occasion. The aim of this world premiere is to set the autonomy record in the hydrogen truck category, but also to demonstrate the reliability and safety of Gaussin technology, one of the pioneers in this field.

“The Dakar is the most prestigious rally raid event in the world with an extremely large international audience, and a particular sympathy for the French. Gaussin also recognizes itself in the values of surpassing oneself and passionate commitment that the Dakar represents. The willingness shown by its organizers to reduce the event’s carbon footprint further strengthens the appeal of the Dakar for Gaussin, which is proud to make it a new showcase for its know-how in the development of hydrogen-powered vehicles”

Launched in 1978 and long known as the Paris-Dakar, the Dakar is the most famous rally raid in the world. Organized from the outset and until 2008 in Africa, then from 2009 to 2019 in South America, the event took place in Saudi Arabia in 2020 and will continue to cross Saudi territory until at least 2024. It enjoys considerable media coverage: broadcast by 70 television channels in 190 countries, the competition was also the subject of nearly 90 million views on social networks in 2020 – statistics that are up sharply compared to 2019.

While the Dakar has set itself the goal of a 100% “green” race in 2030, with gradual conversion stages starting with the 2025 edition, Gaussin wants to anticipate this energy transition by getting involved in the competition now. The environmental cause is at the heart of Gaussin’s ambitions and the Dakar is a new opportunity for the Group to take part and accelerate the energy transition in favor of carbon-free transportation.