German camper conversion company GEHOCab has been building some pretty cool rigs for a while now, but they weren’t available in the U.S. Now, via its San Diego, California-based distributor, Geo-Cab, a wide range of awesome carbon fiber Ford truck camper conversions are on the way, including options for the Ford Bronco, Ford Ranger, Ford F-150, and Ford Super Duty pickups. 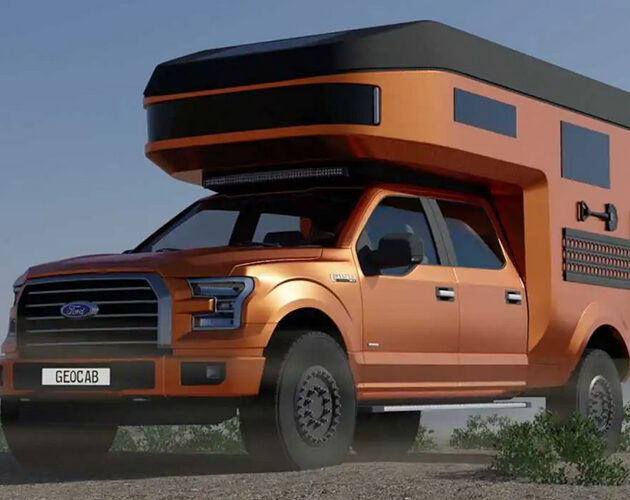 Geo-Cab offers an array of what it calls Badger Ford truck camper conversions with different sizes and configurations to suit both different vehicles and buyer’s preferences. That starts out with the compact Badger ST, which sleeps 3 and weighs in at around 1,000 pounds. The Badger ST measures in at between 155 and 167 inches long and 70-76 inches wide, and costs around $129,000.

The Badger has a full carbon fiber construction shell designed of a carbon fiber exterior with a honeycomb structure. A layer of carbon fiber on the interior further strengthens the camper.

This article has been written by Brett Foote, on fordauthority.com, with editorial changes made by JEC Group.