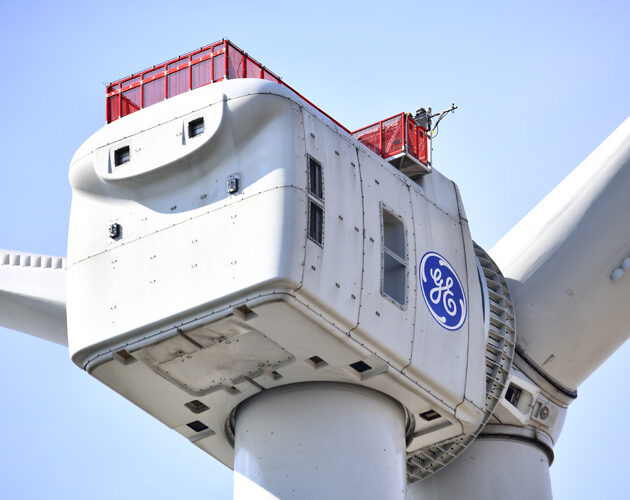 The process of certifying the Haliade-X 14.7 MW-220, which builds on the proven Haliade-X platform, involved a series of tests on a prototype located in Rotterdam, a port city in the Netherlands. The Haliade-X prototype has been extensively tested and validated since 2019.

Vincent Schellings, Chief Technology Officer for Offshore Wind at GE Renewable Energy, said “This is a key milestone for us as we continue to build on the proven Haliade-X platform. The full type certification gives customers confidence that the Haliade-X has been designed, manufactured, and tested in a manner consistent with internationally recognized standards.”

“At DNV, we forecast 2 TW of grid installed offshore wind capacity by 2050. This development is also linked to larger turbines like GE’s Haliade-X. Continued increases in turbine, blade, and tower size will lead to improvements in the capacity factors. We are happy to support GE with our certification services to ensure safe and reliable wind turbines supporting the growth of wind energy,” says Kim Sandgaard-Mørk, Executive Vice President for Renewables Certification at DNV.

Launched in 2018, GE’s Haliade-X offshore wind platform was the first 12 MW+ turbine available. It set a new benchmark in lowering offshore wind’s levelized cost of energy (LCOE) and it is making offshore wind energy a more affordable source of renewable energy. One GE Haliade-X 14.7 MW-220 offshore wind turbine can generate up to 76 GWh* of gross annual energy production, providing enough clean energy to power the equivalent of 20,000 European households and save up to 53,000 metric tons of CO2**.

The Haliade-X prototype first began operating in November, 2019.  Since then it has set several world records in terms of continuous power output in one day. Schellings said that the ability to operate and test the Haliade-X prototype over the several years has provided significant learnings that have enabled GE to provide the first turbine fully certified at 14.7 MW-220.

“Experience is the best teacher,” Schellings said, “and in the past three years our engineers have learned a great deal about how to maximize the performance of the Haliade-X. This full type certification validates our ability to translate those lessons into more performance for customers using offshore wind to help mitigate climate change.”