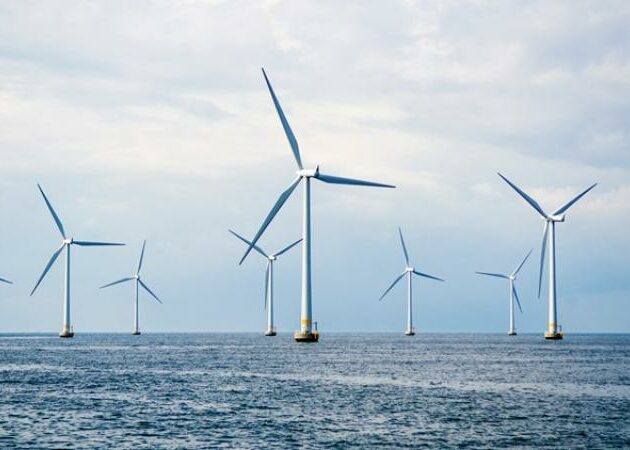 With some of the highest sustained wind speeds in the world, the Outer Continental Shelf of the Gulf of Maine has great potential for generating clean energy and economic opportunity for Maine, as offshore wind investment in the U.S. is estimated to top $70 billion through 2030.

Due to its deep waters, generating wind energy in the Gulf of Maine will likely come from floating offshore wind turbines, a technology still under development in the U.S which requires additional scientific study about its potential effects on fisheries and the marine environment.

Designating a small-scale research array in the Gulf of Maine represents a measured, deliberative approach that allows the State to engage the fishing industry’s expertise to minimize potential harms and maximize the benefits to Maine people from offshore wind. 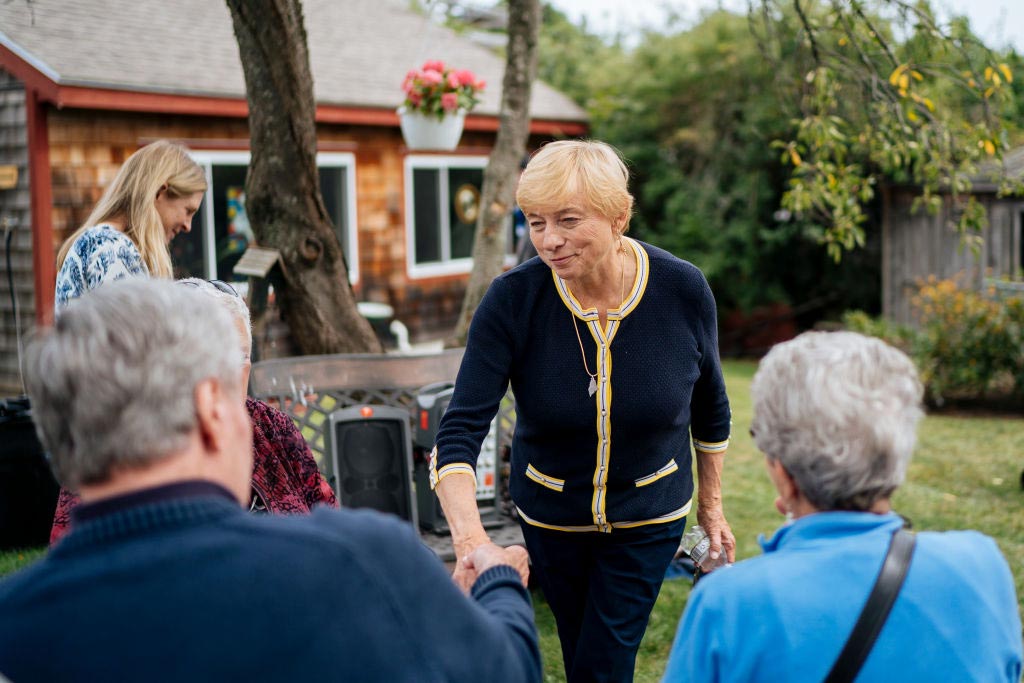 “I believe Maine can lead the country in floating offshore wind technology. But it must be done in partnership with Maine’s fishermen, to form a science-based mutual understanding of how best to design and operate floating wind turbines in the precious Gulf of Maine. A research area is a prudent step toward securing our state’s leadership position, working collaboratively with fishermen and scientists, and developing offshore wind to realize the significant energy, economic and climate benefits it stands to offer our state.”

The research array is part of the ongoing Maine Offshore Wind Initiative announced by Governor Mills in 2019. In October, the State received a grant from the U.S. Economic Development Agency for the Initiative to support long-term planning for offshore wind with fishery, business, environmental and science representatives, as well as assessing port and infrastructure needs and evaluating the supply chain, manufacturing, and workforce opportunities.

The state intends to file an application for the research array with the Bureau of Ocean Energy Management, which oversees renewable energy development in federal waters, which begin more than three miles off the coast.

As envisioned, the research array would be located some 20 to 40 miles offshore into the Gulf of Maine, in an area that would allow a connection to the mainland electric grid in the southern half of the state. The research array is expected to contain a dozen or fewer floating wind turbines over approximately 16 square miles of ocean or less. By comparison, commercial offshore wind lease areas elsewhere along the East Coast are frequently greater than 10 times this size.

Governor Mills has directed the Governor’s Energy Office (GEO) to work closely with Maine’s commercial fishing industry, the Department of Marine Resources (DMR), and other interested parties to determine the site for the research array.

Patrick Keliher, Commissioner of the Department of Marine Resources said:

“Maine’s fishing industry is a vital part of our state’s economy, heritage and identity. Its voice must be heard when considering this new offshore wind technology. The Department welcomes the chance to work proactively with the fishing industry to hear and understand its concerns about offshore wind, and to ensure its perspectives inform the development and operation of the research array in the Gulf of Maine.”

The State’s partners in the research include the University of Maine, whose floating foundations will be utilized in the array, and New England Aqua Ventus — a joint venture of Diamond Offshore Wind, a subsidiary of Mitsubishi Corporation, and RWE Renewables, one of the world’s largest offshore wind energy companies — which will lead the array’s development.

“UMaine’s development of the Aqua Ventus project harnesses the power of Maine ingenuity and our state’s abundant supply of offshore wind energy. In order for any deep water offshore wind project to be successful, it must be done in close cooperation with Maine’s invaluable fishing industry. This research array is an exciting step forward for UMaine and our state, and it will help ensure that those working in Maine’s fisheries have a voice in the process.”

Harnessing the unequaled wind resources off the coast of Maine is critical to meet the state’s climate goals of moving Maine to using 80 percent renewable energy by 2030, and 100 percent by 2050, in order to curb harmful greenhouse gas emissions. This effort is of importance in the Gulf of Maine, where surface temperatures peaked this past summer and have been warming faster than nearly every other body of water in the world.

Senator Angus King, a founding member of the bipartisan Climate Solutions Caucus in the U.S. Senate and member of the Senate Energy and Natural Resources Committee added:

“Maine is seeing the impact of climate change directly on our weather and our waters, and we should grasp the opportunity to help lead the national and global response to this existential threat. By bringing together all those who work and rely upon our natural resources, this is a unique opportunity to strike the best balance, harmonize our methods, and create a united front against one of the defining challenges of our time.”

“The Gulf of Maine offers ample opportunity for clean, renewable wind power, and I’m thrilled that the Mills administration is expanding research and development of this emerging power source, while planning for meaningful input from the fishing industry to ensure mutual benefit. As this project moves forward, Maine is poised to become a leader in floating offshore wind energy, while simultaneously lowering energy costs and giving our state an economic boost. I look forward to supporting this effort as a member of the House Appropriations Committee, and I commend the Mills administration for prioritizing Maine’s clean energy future.”

The development of offshore wind represents a significant opportunity for Maine’s energy future and economic recovery from COVID-19, as outlined in Maine’s 10-year Economic Development Strategy and a recent Clean Energy Economy report from the Governor’s Energy Office. Both encourage the state to set forth a balanced agenda that maximizes economic benefits for Maine people while creating a culture of innovation that creates a foundation for future leadership in this growing industry.

“Ironworkers Local 7 is very excited about the future of offshore wind in the State of Maine, it is an excellent avenue to transition Maine to a cleaner energy future. Large utility scale renewable energy projects will help curb the harmful effects of climate change and lead us to a sustainable energy future for generations to come. The Ironworkers view offshore wind as a great way to create good paying working class jobs to keep Mainers in the state and we have the skilled union workforce to do the job right and we’re ready to get to work.”

“Offshore wind is an enormous opportunity for Maine’s energy and marine businesses to further strengthen the state’s economy. Maine’s companies are well positioned to seize this opportunity and build expertise for the 21st century, and I applaud the Mills Administration for making this a priority.”

Through the Maine Offshore Wind Initiative as well, Governor Mills in March identified the Port of Searsport as a leading site in Maine to support the transportation, assembly and fabrication of offshore wind turbines and called for a study to analyze this opportunity. That study is expected later this year.

Maine is also continuing to work with New Hampshire and Massachusetts on BOEM’s Gulf of Maine Task Force to evaluate commercial scale renewable energy leasing and development on the Outer Continental Shelf.