From anti-icing coatings to protection of containers with flammable liquids, heating films with graphene nanotubes have been proven to be an economical, efficient, and durable solution. 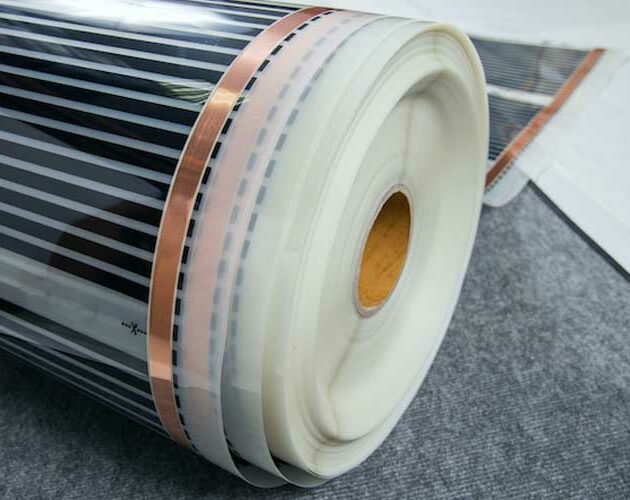 Electrically conductive heating films with nanotubes feature a polyethylene film 8–150 cm wide and 0.35 mm thick with a conductive coating modified by TUBALL graphene nanotubes from OCSiAl. When connected to a standard 220 W power supply, the film generates heat. The power of such a heating system is 350 W/m2, while the service life surpasses 10,000 on/off cycles.

The fundamental difference between film heating and other anti-icing systems, such as, for example, a heating cable, lies in its high efficiency – the film is capable of heating a much larger surface area with the same power consumed. Heating films can be used both in industrial facilities for heating pipelines, tanks, and electrical cabinets, and in architectural facilities for roof anti-icing, heating sidewalks, steps, and ramps, and residential heating.

Vasily Kozhukhov, Sales Director of OCSiAl Russia said:
“Graphene nanotubes make it possible to produce heating elements that show no degradation over time. The solution that has been developed allows producers to integrate the film heating system into any complex surface. Last winter, a heating film with nanotubes was tested on the roofs of two houses in St. Petersburg, Russia, and received positive recommendations for further use from the municipal housing authorities.”

The solution developed with graphene nanotubes also demonstrates a “self-regulation effect,” which allows the system to automatically stop heating when the required temperature is reached, without the use of additional temperature sensors. This is crucial when maintaining a stable temperature in containers with flammable liquids.

OCSiAl offers a wide range of nanotube solutions for coatings, providing them with high electrical conductivity, additionally maintaining or improving mechanical properties. Conductive primers and flooring, lining and powder coatings, gelcoats and PU cast systems – these and more final products empowered by graphene nanotubes are already on the market.