Running footwear has embraced carbon plates for their propulsive and energy-giving characteristics. But those same carbon plates that move runners forward fast have struggled to handle changing terrains underfoot. Hoka has a solution with parallel carbon fiber plates in the brand’s Tecton X trail racing shoe, designed to provide the propulsive benefits of carbon fiber but with an update to improve a runner’s agility on uneven trails. 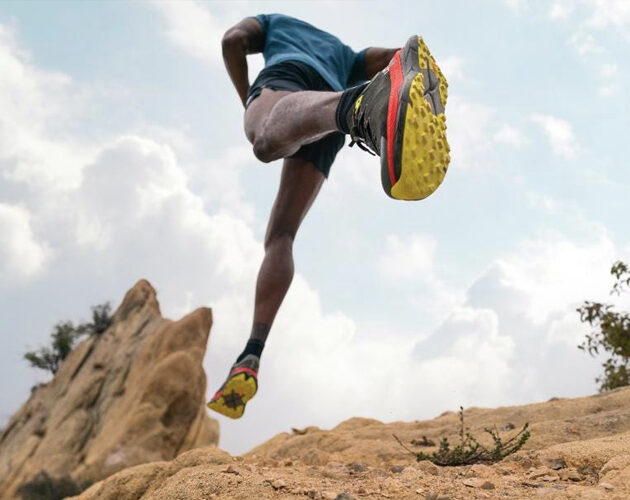 “When you incorporate a carbon fiber plate into a shoe, you get a ton of propulsive benefits that help with speed, but the rigidity of a typical plate can also pose a potential challenge,” says Gretchen Weimer, Hoka vice president of product. “Hoka developed the dual plate design in the Tecton X, hereby maintaining the propulsive benefits of a carbon plate without compromising the dynamic lateral movements needed to trail run effectively and safely.”

Hoka says the first parallel carbon fiber plate design in the industry offers two carbon fiber plates running parallel up and down the length of the shoe working independently of each other. “This allows runners to interact dynamically with uneven terrain on the trail, moving laterally and readily adapting change,” Weimer says.

The plates on the Tecton X, named after the earth’s tectonic plates, get sandwiched between a Hoka ProFlyX midsole that combines a soft foam underfoot for comfort with a responsible base on the foam for propulsion. With the plates working independently, the medial plate hooks inward for propulsion during the later stages of the toe-off.

This article has been written by Tim Newcomb, on forbes.com.