HOW IT’S MADE – Amparo’s prostheses and orthoses

Amparo is redefining prosthetic socket technology. The Confidence Socket is an innovative off-the-shelf product that was created to provide a simpler, faster and more economic fitting process. This way, the company can provide access to prosthetics to people who live even in the most rural and remote parts of the world. 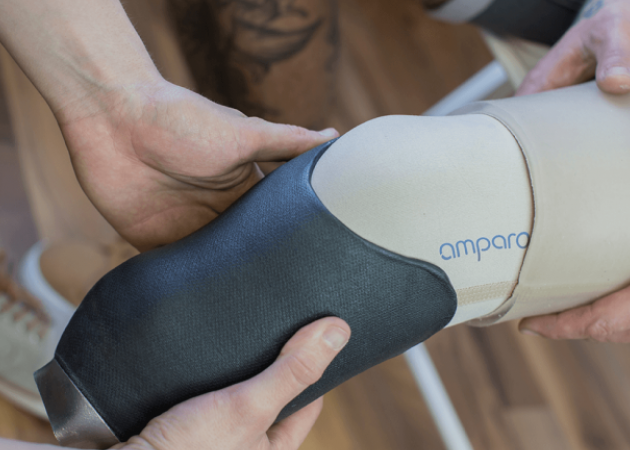 The Amparo Direct Fit Compound was especially designed to be directly moulded to the patient’s anatomy for creating final orthoses and prostheses in just minutes. The unique bioplastic polyester has a very low melting point, a high melt viscosity, but a high strength and stiffness at usage temperatures. By combining this unique plastic compound with a mesh fabric structure, the Amparo Direct Fit Compound remains easy to handle in its melted state, but fully functional in its final state. This low-melting-temperature compound opened up an entirely new way to make prostheses and orthoses that is faster and more reliable than many older methods.

How it’s Made
Traditional prosthesis building
The first product using the Amparo Direct Fit Compound, the Confidence Socket, is used to make the socket component for prosthesis for below-knee amputees. In traditional prosthesis building, the technician takes a negative plaster casting of the patient’s residual limb. Next, a positive model is created and modified to create a functional shape for bearing the patient’s weight. Then, a sheet of plastic is heated and draped over the positive model and, using a vacuum system, the plastic is made to conform to the plaster shape. Finally, the attachment point for the rest of the prosthesis is connected and the rough edges are smoothed. 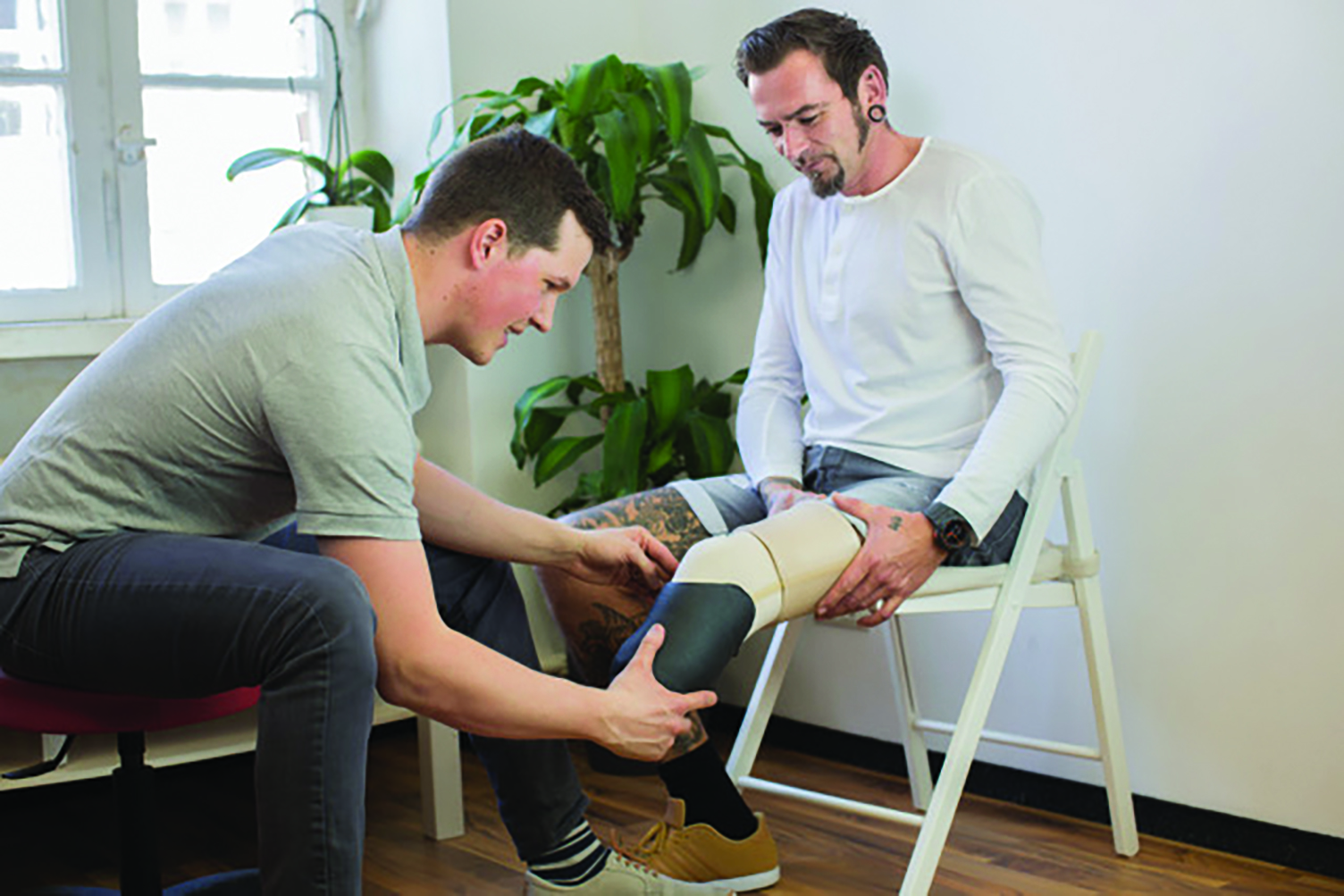 The Confidence Socket
The first product using the Amparo Direct Fit Compound has been on the market since May 2018. The Confidence Socket was launched at the OTWorld 2018 trade fair. The technology has been well-received in several different markets where it was introduced because of its super-easy handling and its ability to directly mould the patient’s stump. Further developments are currently underway to even further improve the compound’s properties for other specific applications in orthopaedics and to improve its unique fabrication methods. In the coming year, the production capacity will be scaled up through several tooling developments. Amparo is adding new products to the  offering using the Amparo Direct Fit Compound so that a wider range of patients and technicians can benefit from its unique properties. 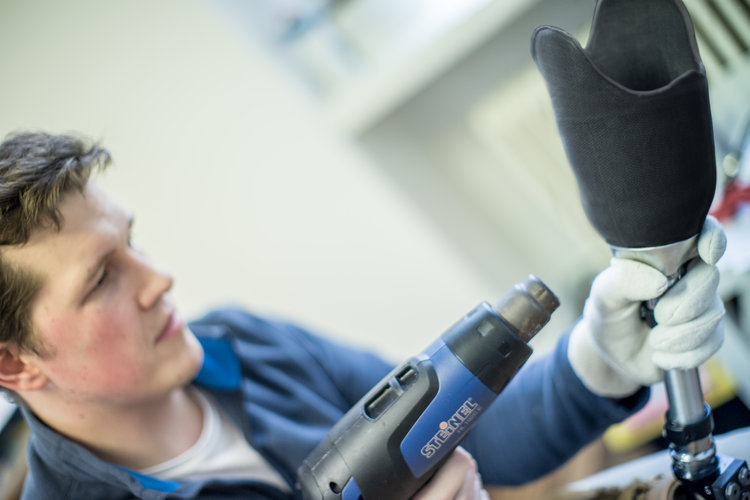 By combining this unique plastic compound with a mesh fabric structure, the Amparo Direct Fit Compound remains easy to handle in its melted state

Since the product’s launch, the company has been involved in numerous accessibility projects throughout the developing world and is  continuing to do so. In less than a year after market launch, it has changed the lives of over one hundred amputees and built capacities of over 60 orthopaedic workshops professionals.

Reduced environmental impact
The Confidence Socket has two main environmental advantages. The first is waste reduction compared to the traditional fabrication process of a prosthetic socket. In most cases, the residual limb of an amputee is measured and used to make a cast. The cast is then used to make a plaster cast of the residual limb and, from there, the final socket material can be moulded around the plaster cast and then finished. This traditional process (which entails certain costs) results in several kilograms of waste material that cannot be used again each time a new socket is fitted. Furthermore, in the first six months after amputation, the residual limb of an amputee can change  considerably in volume during the healing process. This means that a regular amputee will need two, three or even more prosthetic sockets in the first six months after losing their limb. Even after the first six months, when making a long-term (definitive) prosthesis, the traditional method uses what is called a “test” socket before providing a final product to the amputee. This process follows the same method as described above, and is repeated every three to five years, depending on use. 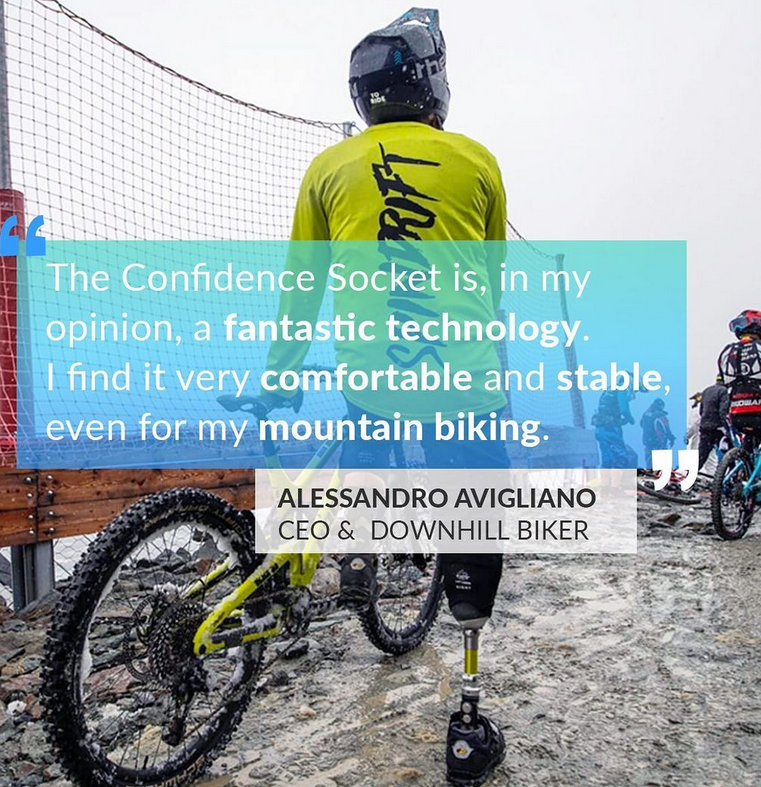