Hyosung Advanced Materials will be enlarging its Jeonju carbon fiber plant to increase its annual production capacity to 6,500 tons. 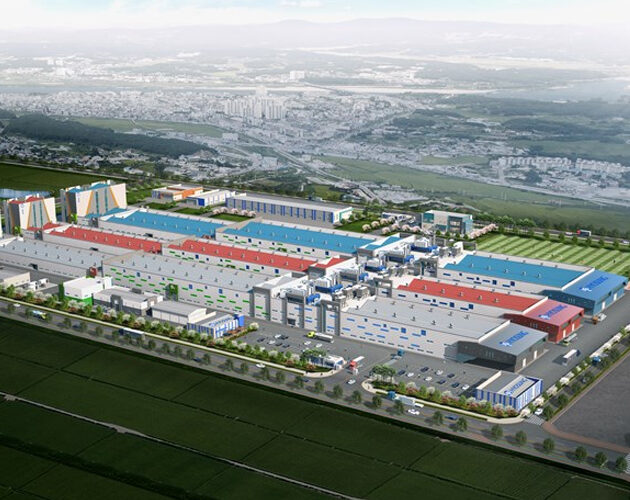 Hyosung Advanced Materials announced it will invest 75.8 billion won to expand its carbon fiber production lines at its plant in Jeonju, North Jeolla Province. It will be able to produce 6,500 tons per year by July next year. In 2020, the company had already expanded its output from 2,000 tons to 4,000 tons per year.

The addition of production facilities is aimed at responding to the increasing demand for carbon fibers used in fuel tanks of hydrogen cars that are emerging as an eco-friendly car of the future and high-pressure containers for compressed natural gas (CNG).

Hyosung Advanced Materials developed Korea′s first high-strength, mid-elasticity carbon fiber ″Tansome″ in 2011 based on its own technology. It has been producing it at its Jeonju plant since 2013. Called “dream material,” carbon fiber, is one-fourth as light as iron, but is 10 times as strong, so it is used as an alternative material to iron in automobiles, wind power equipment, aerospace, and sports leisure equipment.

The factory expansion is part of the large-scale carbon fiber investment plan announced in 2019. Another 1 trillion won will be invested by 2028 to add carbon fiber production lines to the Jeonju plant for an annual output of 24,000 tons.