Both vehicles will be available in 2022 with green hydrogen production and distribution solutions. 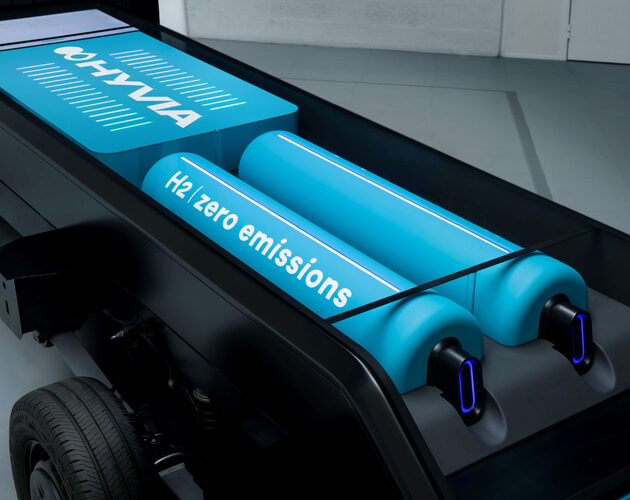 David Holderbach, Hyvia CEO said:
“Hyvia is moving fast. After less than six months of existence, we unveiled three Hydrogen Light Commercial Vehicles: a Van, a Chassis Cab and a City Bus. To meet different usages, for professional fleets or territories. We also revealed our Hydrogen Refueling Station, to offer customer refueling options where hydrogen infrastructure is still in development. Hyvia is about concrete solutions to be on track to meet the challenges of green hydrogen mobility and decarbonization of transport.”

In a nutshell: full Hyvia ecosystem to be available in 2022

In 2022, HYVIA will deploy its full ecosystem: