Carbon fiber-reinforced ultra-high-temperature ceramic (UHTC) matrix composites are extensively used in space shuttles and high-speed vehicles. However, these composites suffer from a lack of oxidation resistance. Recently, researchers from Japan tested the heat resistance of these composites at very high temperatures, providing insight into the modifications needed to prevent UHTC degradation. Their findings could have huge implications for the manufacture of space shuttle orbiters. 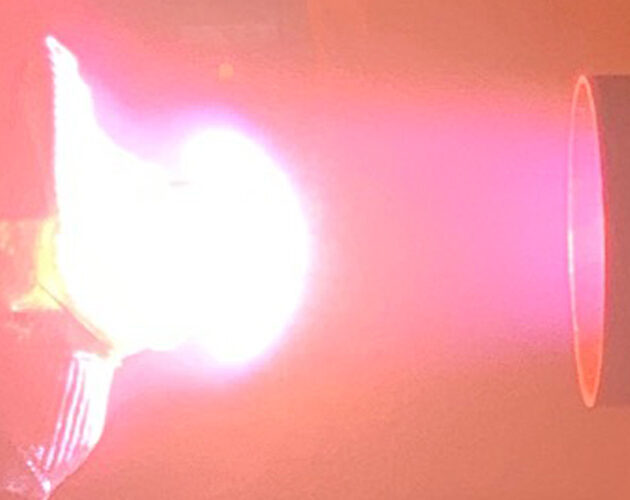 Carbon fiber-reinforced carbon (C/C) is a composite material made of carbon fiber reinforced in a matrix of glassy carbon or graphite. It is best known as the material used in hypersonic vehicles and space shuttle orbiters, which cruise at speeds greater than Mach 5. Since the 1970s, it has also been used in the brake system in Formula One racing cars. Even though C/C has excellent mechanical properties at high temperatures and inert atmospheres, it lacks oxidation resistance in these conditions, making its widespread use limited.

Researchers have found that ultra-high-temperature ceramics (UHTCs), which include transition metal carbides and diborides, show good oxidation resistance. In previous studies, zirconium-titanium (Zr-Ti) alloy infiltration has shown promising results for improving the heat resistance of carbon fiber-reinforced UHTC matrix composites (C/UHTCMCs). However, their use at high temperatures (>2000 ℃) is not known.

Set against this backdrop, a group of researchers from Japan have evaluated the potential utility of Zr-Ti alloy-infiltrated C/UHTCMCs at temperatures above 2000 ℃. Their study, led by Junior Associate Professor Ryo Inoue from Tokyo University of Science (TUS), was published in the Journal of Materials Science and made available online on October 27, 2022. The research team consisted of Mr. Noriatsu Koide and Assistant Professor Yutaro Arai from TUS, Professor Makoto Hasegawa from Yokohama National University, and Dr. Toshiyuki Nishimura from the National Institute for Materials Science.

Speaking of the motivation behind their study, “The research is an extension of the research and development of ceramics and ceramics-based composite materials. In recent years, we have received inquiries from several manufacturers of heavy industries regarding materials that can be used at temperatures above 2000 °C. We have also started to work with these manufacturers to develop new materials,” says Prof. Inoue.

The C/UHTCMC was manufactured using melt infiltration, which is the most cost-effective way to fabricate these materials. To study the applicability of this material, three types of C/UHTCMCs were fabricated with three different alloy compositions. The three alloy compositions used had varying atomic ratios of Zr:Ti. To characterize the heat resistance, the team used a method called arc-wind tunnel testing. This method involves exposing the material to extremely high enthalpy airflow inside a tunnel, similar to conditions that spacecrafts experience while re-entering the atmosphere.

At temperatures above 2000 ℃, the thickness and weight of the samples increased with the Zr content of the composites after the arc-wind tunnel tests. The team also observed that the melting point of the surface oxides increased as the Zr content increased. For temperatures above 2600 ℃, the only oxides formed were liquid-phase, requiring a thermodynamic design of the matrix composition to prevent the recession of UHTC composites.

“We have successfully studied the degradation of C/UHTCMC at temperatures above 2000 ℃ using thermodynamic analysis. We have also shown that the matrix design needs modification to prevent the degradation of the composites. Our research has the potential to contribute to the realization of ultra-high-speed passenger aircraft, re-entry vehicle, and other hypersonic vehicles,” concludes Prof. Inoue.

These results could have important consequences in the production of advanced space shuttle orbiters and high-speed vehicles.