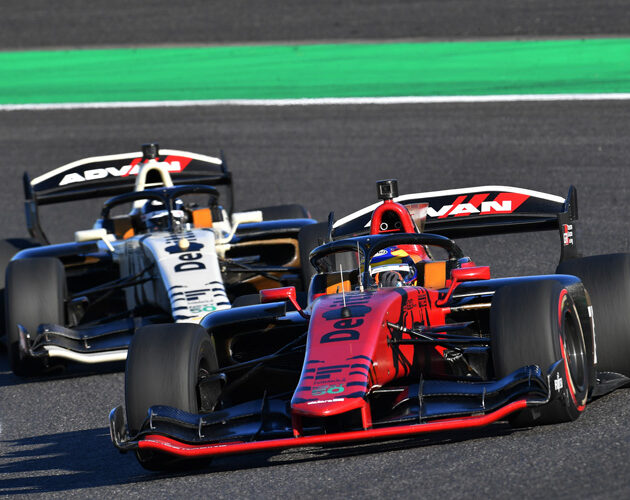 The announcement was made on the 50th anniversary of the championship, as Super Formula looks ahead to its future and is undertaking significant steps to target carbon neutrality. With their Next 50 plan, they have specified measures such as the use of new tyre compounds with recycled rubber and natural compounding agents in addition to the use of more sustainable materials in the race cars’ construction.

Carbon fibre bodywork is used extensively throughout the motorsport industry and is responsible for a substantial carbon footprint. Many of the carbon fibre parts used in racing end up in landfill when damaged in a race or no longer needed. Bcomp’s innovative ampliTex™ and powerRibs™ composite technologies are made from flax fibre and offer a promising solution and have already extensively proven their performance across the board in motorsports series from F1 to Formula E, Extreme E, DTM and GT4 on Porsche, Mercedes Benz-AMG and BMW M GT cars.

With low density and excellent mechanical properties, flax fibres are a significantly more sustainable option for developing high-performance composites. The unique combination of ampliTex™ flax fabrics with the patented powerRibs™ reinforcement grid allows this natural fibre composite solution to match the low weight and high stiffness of carbon fibre bodywork parts in a drastically more sustainable package. Analysis conducted in past projects showed that Bcomp’s high-performance natural fibre composites enable a reduction of 90% in material CO2 emissions when compared to carbon fibre parts as well as an over 80% reduction of CO2 emissions from cradle-to-gate, considering all production steps from raw material to the final part.

Introducing ampliTex™ and powerRibs™ flax fibre composites into the SF23 bodywork also introduces safer crash behaviour thanks to the absence of dangerously sharp debris and edges. Additionally, flax fibre-based composites come with a viable end-of-life solution that eliminates the need to landfill damaged or old bodywork.

Extensive testing has been conducted in 2022 by Super Formula drivers to evaluate the new engines, fuels, tyres and, of course, the Bcomp bodywork. Sidepods and engine covers, entirely made from ampliTex™ and powerRibs™ performed well in the initial tests but it seemed more appropriate to create hybrid parts for the implementation in the SF23. A construction with about 70% flax and only 30% carbon fibre for local reinforcements proved to be an ideal combination of each material’s benefits while still significantly reducing the carbon footprint. This innovative collaboration has been recognised already across the motorsport community, including most recently being nominated as a finalist for this year’s World Motorsport Symposium Green Tech Award.

Johann Wacht, Manager Motorsports and Supercars at Bcomp, said: “Super Formula is considered the second fastest racing series in the world and proves that sustainable technologies are ready to compete at the very highest performance level. The series impressively shows to the industry what is possible, and we are very much looking forward to a great season full of entertainment and sustainable innovations!”

The 2023 Super Formula will feature nine races across seven events, with double headers at the season opener at Fuji and the season finale at Suzuka next October.