China’s Jiangsu Jiuding, a major manufacturer of textile fiberglass products and major supplier of fiberglass mesh for reinforced grinding wheels, has plans in Jiuquan, a prefecture-level city in the northwestern most part of Gansu Province, China. 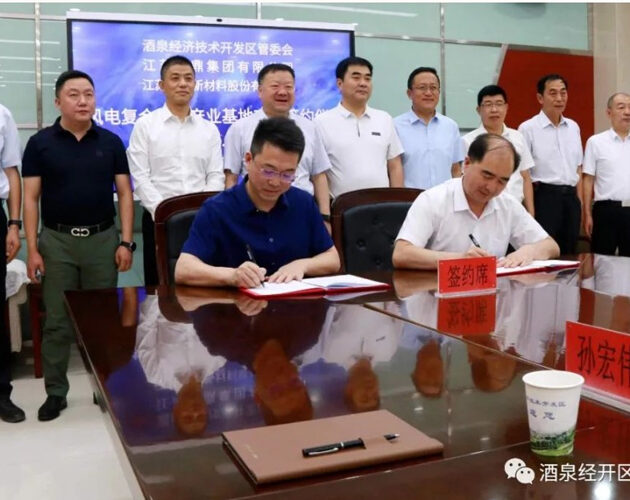 A landlocked province in Northwest China, Gansu lies between the Tibetan and Loess plateaus and borders Mongolia, Inner Mongolia and Ningxia to the north, Xinjiang and Qinghai to the west.

Zhao Feng, deputy mayor of Jiuquan and secretary of Jiuquan Economic and Technological Development Zone, said that Jiuquan is one of the regions with the most abundant wind and solar energy resources and the most favorable development conditions in the country. The city’s actual developable area is 40,000 square kilometers, and the developable capacity of wind energy is about 100 million kilowatts while the developable capacity of solar energy is about 1 billion kilowatts, totaling about 1.1 billion kilowatts. With the national goal of “carbon neutrality”, Jiuquan will welcome unprecedented new opportunities.