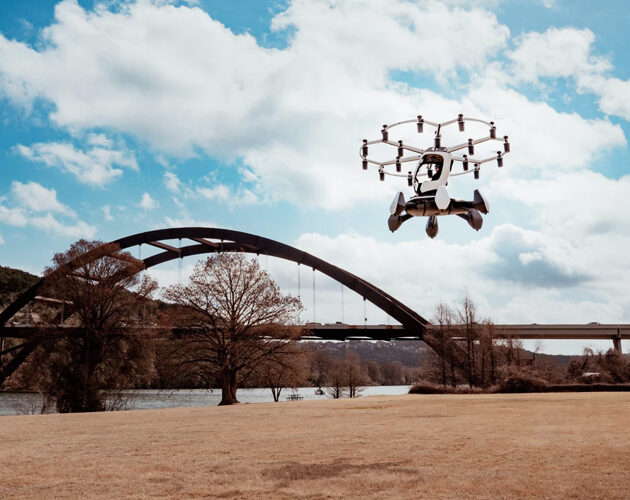 Since 2020, LIFT Aircraft has conducted flight testing with the support of the US Air Force under a Phase 2 Small Business Innovation Research (SBIR) contract. Working with Air Force subject matter experts, LIFT has achieved initial military airworthiness approval (military flight release), proven transportability by moving the aircraft inside a C-130 military cargo plane, and explored a multitude of potential use-cases alongside the Agility Prime Test Team.

This newly awarded Phase 3 contract will continue experimentation and use case development through a fast paced, rigorous flight testing program. The program, which will begin at Eglin AFB and may expand to other locations, will include efforts such as flight envelope expansion, acoustics testing, developmental testing of a modular cargo adaptation for the airframe alongside continuous operational testing with stakeholders. This effort aims to accelerate and further develop HEXA for future public and military applications like emergency first response, personnel transport, base logistics, and search and rescue missions. The development effort will also help accelerate the testing required for LIFT’s planned rollout of commercial flight locations.

“This partnership provides continued access to the unmatched expertise of the US Air Force. We’re excited about continuing to explore and develop a unique capability to the military: an aircraft that offers air mobility at a cost point comparable with ground transportation, that in the future, with mere hours of training, allows any service member to become a pilot,” said LIFT Director of Business Development, Kevin Rustagi.

Testing will initially be performed at Eglin Air Force Base near Destin, FL alongside the 96th Test Wing and with the support of Air Force eVTOL initiative, Agility Prime. LIFT has already begun coordinating with Col Doug Creviston of the 96th Operations Group, which has tested systems for the F-15 Eagle, F-16 Falcon, and A-10 Thunderbolt.

Lt Col John Tekell, Air Force Agility Prime Lead at AFWERX commented, “LIFT is a great example of why Agility Prime exists – to further applications of eVTOL technology for both military and civilian use.”

Agility Prime has taken a unique flexible approach to contracting with the newly awarded phase 3 SBIR for LIFT. The contract is designed to be as agile as possible – it allows not only the Air Force, but any governmental entity to contract for flight test activities with LIFT’s HEXA aircraft on an as-needed basis.

“This contract was designed to enable flexible flight test as a service (Company Owned-Company Operated) of multiple HEXA aircraft for any government stakeholder, location and desired experiment. We want it to be able to serve as a contract vehicle that accelerates HEXA towards fielding not just for the USAF, but the DOD and USG in general. We have a large number of interested stakeholders that are looking at use-cases for the aircraft and welcome growing the community even further in the future.” said the Technology Transition Lead and LIFT Program Manager at Agility Prime, Sterling Alley.

“​LIFT’s Phase III SBIR contract award is a meaningful vote of confidence from the US Air Force. It means the Air Force has determined LIFT’s previous development and testing contracts were successful. This is an important step towards scaling access to LIFT’s HEXA eVTOL aircraft throughout the DoD and Federal Government at large,” noted Eric Horan, former US Navy government contracting officer and founding partner of Decisive Point, a venture capital firm that invests in dual-use technology startups and has invested in LIFT.