Lotus, the high-end brand owned by China’s Geely, has launched a new all-electric SUV, the Eletre. “It takes the core principles and Lotus DNA from more than 70 years of sports car design and engineering, evolving them into a desirable all-new lifestyle car for the next generation of Lotus customers”, says the brand. 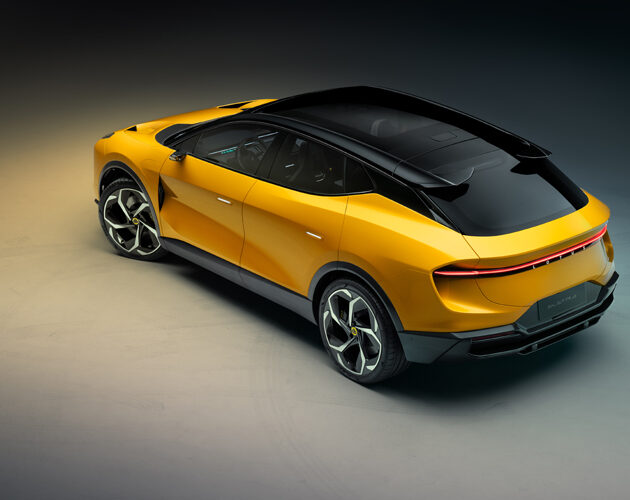 A new dimension to the Lotus performance car portfolio, the Eletre delivers a significant number of firsts for Lotus – the first five-door production car, the first model outside sports car segments, the first lifestyle EV, the most ‘connected’ Lotus ever.

The Eletre is the first in a new range of premium lifestyle performance electric vehicles to be built at an all-new state-of-the-art production facility in Wuhan, China. The car has been ‘Born British, Raised Globally’, with design led by the UK, supported by collaborative work with teams in China, Sweden and Germany.

In the Eletre interiors, the hard materials are carbon fibre, though rather than use the traditional ‘weave’ most often associated with automotive design, Lotus has recycled the fibres trimmed from the edge of the weave. These have been reconstructed into a new matting, then compressed in a resin to create the car’s premium marble-like finish.

Qingfeng Feng, CEO, Group Lotus, said: “While the worldwide critical acclaim for the Emira has reaffirmed Lotus’ position as a respected sports car marque, the Eletre will make Lotus accessible to a whole new audience. It is a compelling alternative for those who desire a true driver’s car but whose lifestyle demands something more practical than a traditional sports car. And it is only the start for Lotus – there is much more to come.”