Mafic USA has commenced operations at its new basalt fiber production facility in Shelby, North Carolina, which is also the first such facility in North America. 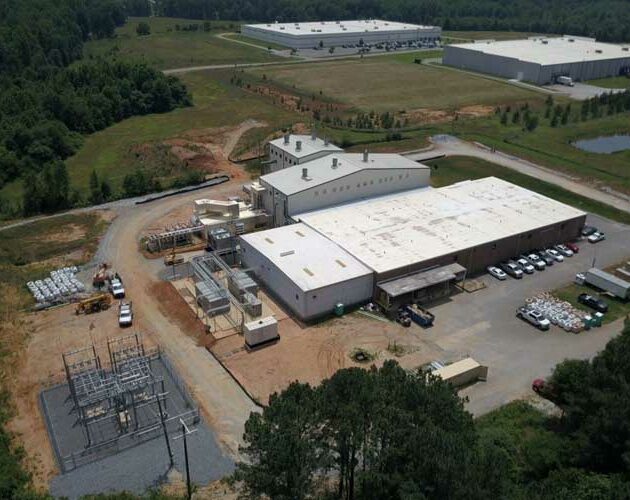 Last week, the company completed the highly calibrated process of starting-up the plant’s furnace. This week, Mafic’s team began melting basalt rock and pulling the first fiber at the plant. This marks a major step forward in the company’s goal to bring basalt fiber to North American markets and to produce the product on a commercially viable scale.

The company expects to begin producing products for sale within the next few weeks. Basalt fibers are highly desirable for a wide array of industrial applications because of their strength and ability to replace materials susceptible to corrosion.

CEO Mike Levine said:
“This is an important milestone in our company’s history. The production of basalt fiber on a large-scale will be a game-changer in a number of industries”

Mafic began construction of the $20 million facility, located 45 miles from Charlotte, NC, in 2016. The new facility will be capable of producing 6,000 metric tons of basalt fiber annually, nearly 30 percent of the current global output of basalt fiber. In preparation for commercial operations, Mafic is hiring nearly 50 skilled employees to operate the facility 24-hours/day, 7-days/week. The Shelby, NC-facility is the first of several planned production facilities in the United States.

“We are very excited to bring new opportunities for skilled employment to Shelby,” explained Levine. “In deciding where to locate the facility, we were drawn to Shelby’s sizeable labor pool and business friendly environment.”

What is basalt fiber?

Basalt fiber is a drawn continuous fiber similar to glass (i.e. fiberglass) and to fibers made from carbon or aramid. To produce the fiber, mined basalt rock is first washed and then placed into a furnace at a temperature of approximately 1500 °C. The resulting melt is extruded through a “bushing”, a precious metal block with thousands of microscopic holes, each producing a single filament. Upon leaving the bushing, the fiber filament hardens and a sizing is applied to improve its properties before the fiber filaments are wound with other finished fibers into a strand.

Basalt fiber has been used for decades, but until now, it has been produced in limited quantities. Mafic’s goal is to bring the large-scale production of basalt fiber to several markets, including the construction, automotive, and thermal markets among others.