The company Merkel Jagd- und Sportwaffen GmbH from Suhl officially launches a new hunting rifle. What makes it special is the rifle stock made of carbon, which was developed and manufactured by aircraft and automotive supplier COTESA GmbH in Mittweida. 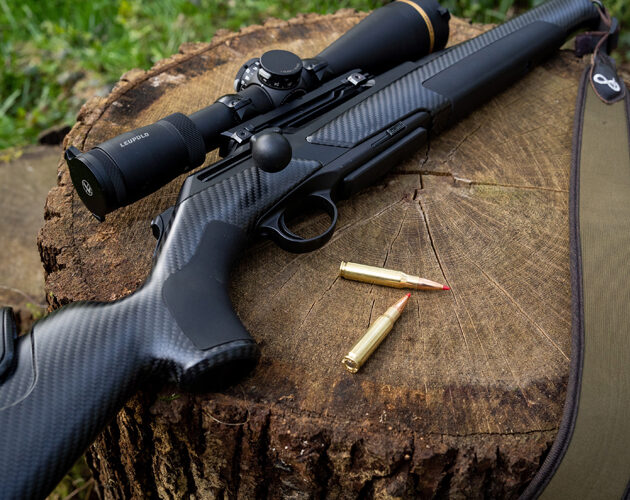 A modern hunting rifle has to take a lot of punishment, it also has to be comfortable to handle and, of course, enable accurate shots. However, since sporting rifles tend to become heavier rather than lighter due to various add-on and attachment modules, the focus in the new development of Merkel’s “Helix Carbon” was on the rifle stock. Carbon as a carbon fiber composite material is extremely robust, lightweight and also offers an extremely elegant appearance. Lovers of expensive sports cars have long appreciated these properties.

Now the material is also being used in the latest development from Merkel, a hunting and sporting rifle manufacturer based in Suhl, Germany. Merkel was already highly satisfied with the prototype of the rifle stock. The product developers at Cotesa have done a great job here. The multi-part rifle stock made of carbon was additionally refined with a soft-touch surface in areas where the hunter’s cheek rests or in grip areas. This guarantees a particularly secure grip and thus the possibility of firing a precise shot.

As of today, the new high-performance hunting rifle can be ordered from the manufacturer Merkel at a retail price of 5,949 euros. Depending on the order received, the rifle stock will be handmade at Cotesa in Mittweida and delivered to Merkel for further processing.