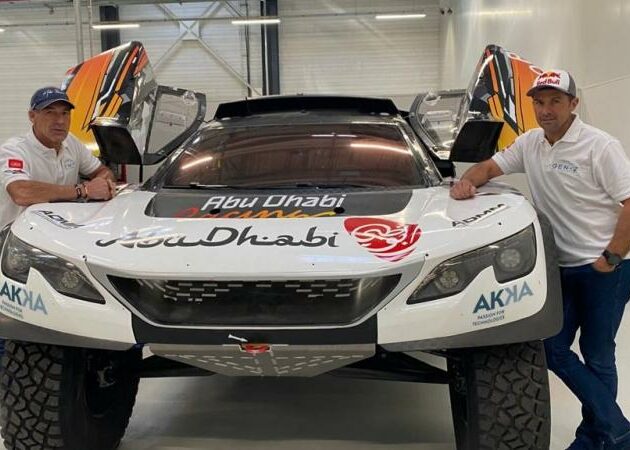 Explorer Mike Horn and professional Rally Racer Cyril Despres participated as a team in the 43rd edition of the Dakar, taking place in Saudi Arabia this January 2021. On top of reaching for the podium, the duo has a greater purpose in mind: The GEN Z Project. A mission aiming to introduce fully hydrogen-powered vehicles in the world of rally raids.

This is not the first time Mike and Cyril are uniting forces. In January 2020, the pair participated in the 42ndedition of the Dakar by joining the Red Bull Off-Road Junior Team as technical and mental coaches for the younger members of the team. During this first Dakar experience, Mike Horn observed the ins and outs of the competition and came to the following conclusion: rally raids need to make a drastic change and become a more sustainable sport for the wellbeing of the planet and future generations

Mike commented during the last edition of the Dakar:

“This is a unique opportunity to learn while participating. If you do not become part of the adventure, then you do not know what you are talking about. To be able to participate means you are emotionally and intellectually involved in what is happening. Following this experience, Horn and Despres assembled a team of researchers and engineers to “create the first hydrogen-powered vehicle to participate in the Dakar, an ambition that should come to life in 2023.”

As part of their research, Mike and Cyril competed this 2021 edition of the Dakar behind the wheel of a Peugeot DKR. This vehicle was specifically selected as its dimensions come closest to those of the GEN Z (wheels 37 inches, width 2m30, but 4X4 instead of 4X2).

Additionally, in order to collect valuable information throughout the race, a data acquisition system was integrated into their vehicle. The system gathered information such as engine capacity, brake pressure, engine temperatures, acceleration and speed. These performance standards were then based on to create a hydrogen-powered vehicle able to compete against internal combustion vehicles in the most challenging rally by 2023.

“One of my main missions is to conserve the planet, to leave a future for the younger generation” explains Horn.

As a professional explorer, Mike has witnessed the world change before his eyes. His knowledge and credibility will therefore play an important role in transforminh the way future rally raids are viewed and organized. Supporting this mission, the Dakar organization has annouced the sustainable objectives for future Dakar races.