A team at Beihang University in China has successfully combined the natural and artificial materials to create strong structures – although the researchers said further work is needed before they could be implanted in humans, according to Professional Engineering Magazine which published these preliminary results. 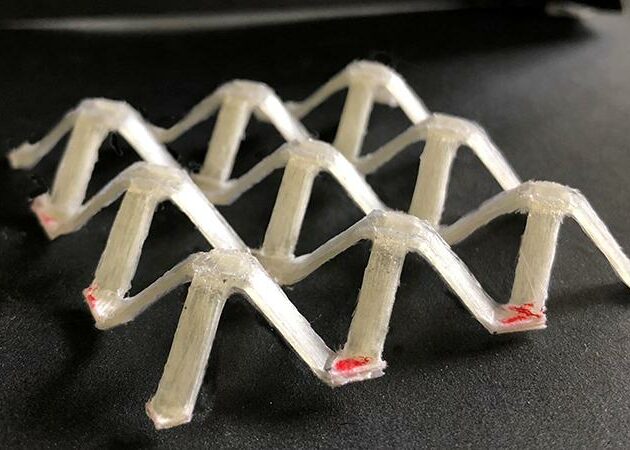 While other researchers have already developed composite materials with silk, they have typically just worked with its primary protein or short fibres. Guan, however, has focused on silk fabric woven from a long, single thread. Silkworm cocoons can contain fibres more than 1,500m long. When used whole, they can distribute mechanical stress more effectively than a series of shorter, discrete ones.

“Silk has great potential for use in biomedical applications. Silk is versatile, and the human body tolerates it quite well, and can even degrade and absorb it.”

The researchers combined this fabric with a polymer matrix such as an epoxy, which is used in adhesives. Together, the fabric and the polymer formed a laminate – similar to the durable surface covering found on some furniture – which could be cut into required shapes.

The team said that the properties of these new materials could make them a better match for tissues within the human body than what is being used today. They are collaborating with orthopaedic doctors to create structures resembling cages, which could temporarily hold vertebrae in place as they fuse after surgery, a task normally done with metal.

The silk composites’ hardness and stiffness is reportedly more compatible with bone, making them potentially more resilient yet more comfortable than metal structures.

While the epoxy attaches firmly to the silk fibre, the researchers admitted a “major drawback” – the body cannot break down the epoxy and absorb it, meaning it would not be suitable for implants intended to dissolve.

To tackle the issue, Guan recently began working with biopolymers that, like silk, the body can break down and absorb. These composites have less internal cohesion than those that contain an epoxy, however.

“The key question is how to make the interface between the biopolymer and the silk fabric more robust,” she said.

The scientists have also supplemented silk with other types of fibres. In a recent study, they added carbon fibres into the mix.

“The notion of ‘hybridising’ silk with other fibres makes it possible to produce a rather nice spectrum of properties that you can optimise for a given application. Potential uses for these new structural materials could be ‘anywhere’ – in the human body, or even in tennis rackets or on aeroplane engines.”

These preliminary results were published by Professional Engineering Magazine.