The $3.4 million MoorPower™ Scaled Demonstrator Project is officially underway with Carnegie Clean Energy, the Blue Economy CRC and experts in the field. 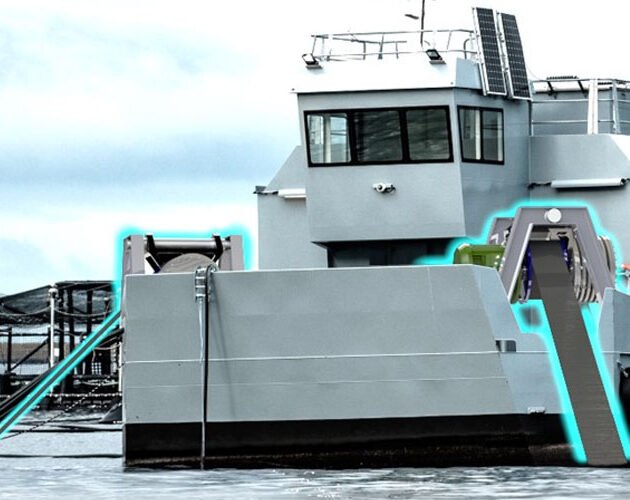 The MoorPower™ project aims to solve this problem by leveraging the surrounding environment and convert wave motion into electricity – an untapped clean energy source flowing around moored barges.

The MoorPower™ project concept was developed by Carnegie Clean Energy with the goal of decarbonising the energy needs of offshore operations, particularly in the aquaculture industry. MoorPower™ is similar in concept to Carnegie’s ‘CETO’ technology, but instead consisting of a submerged buoy which sits a few metres below the surface of the ocean, moving with the motion of the waves.

The project was officially launched on 20 October 2021 and will run over the next two years. Carnegie Clean Energy will operate the MoorPower™ technology at their research facility in North Fremantle, Western Australia. The project is funded with support from the Blue Economy CRC and in collaboration with partners Huon Aquaculture, Tassal Group, DNV GL Australia, University of Tasmania, Climate KIC, Australian Ocean Energy Group, AMC Search, University of Queensland and ACS Australia.

The project is underway at ACS Australia with prototyping of composite components and material processes being developed. We look forward to sharing more with you, so please stay tuned for updates on the project as we progress through the coming milestones!

Tartler presents its new system solution for direct infusion for the first ti...